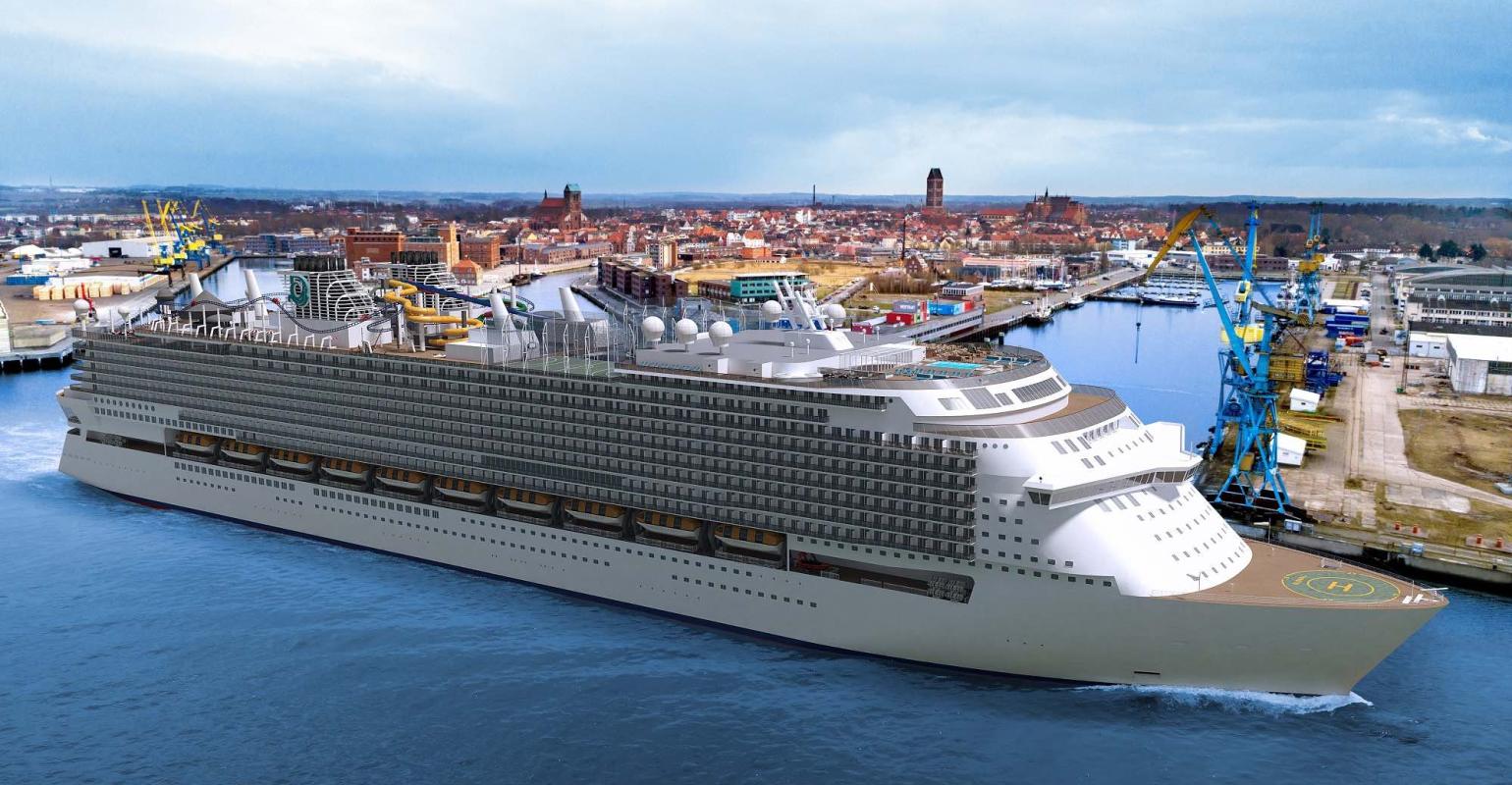 The 204,000gt Global-class ships will be the largest cruise vessels ever built in Germany and the world’s largest cruise ships in terms of passenger capacity (9,500) RENDERING: MV Werften

KfW IPEX-Bank is leading a consortium to structure the financing for Genting Hong Kong's two newbuilds for Dream Cruises at MV Werften.

The multi-ECA financing package comprises around €2.6bn toward the total cost of €3.1bn for the first two Global-class ships.

The financing will be backed by export credit guarantees from Germany, the Finnish export credit agency Finnvera and the state of Mecklenburg-Western Pomerania, home to MV Werften. It also benefits from the commercial interest reference rate for ships in accordance with the OECD consensus.

KfW IPEX-Bank's relationship with the Genting group dates back about 20 years. The two have worked closely together to develop the overall financing for the Global-class ships in the last three years since Genting purchased MV Werften.

Along with KfW IPEX-Bank, the financing consortium includes BNP Paribas, Citibank, Crédit Agricole, Credit Suisse and DNB. A substantial portion of the loan amount will be further syndicated to more than 10 other German and international banks.

Due to the lack of shipyard slots for cruise newbuilds in the next 10 years, Genting HK acquired MV Werften to build ships for it three cruise brands.

'We had been impressed by the quality of workmanship and MV Werften’s proximity to the cluster of thousands of experienced EU suppliers, subcontractors and workers,' Genting HK Chairman and CEO Tan Sri Lim said. 'KfW IPEX-Bank's structuring expertise has also proven to be extremely valuable in this transaction. The financing adds an additional momentum for a successful restart of MV Werften and the completion of the ships.'

MV Werften has more than doubled its workforce to about 3,000 in the last three years, creating over 1,600 additional industrial jobs and taking on more than 300 trainees.

Genting HK has invested €300m in shipyard projects that have already been largely implemented. Including the purchase price of the trio of yards and start-up losses during three years of design and development, Genting has put about €840m into MV Werften.

The 204,000gt Global-class ships are designed for the growing Asian cruise market. Each has 2,500 cabins (5,000 lower berths) and can accommodate up to four people for total capacity of up to 9,500 passengers. There are accommodations for 2,500 crew.

Earlier this month, Genting HK announced the sale of a 35% stake in Dream Cruises.