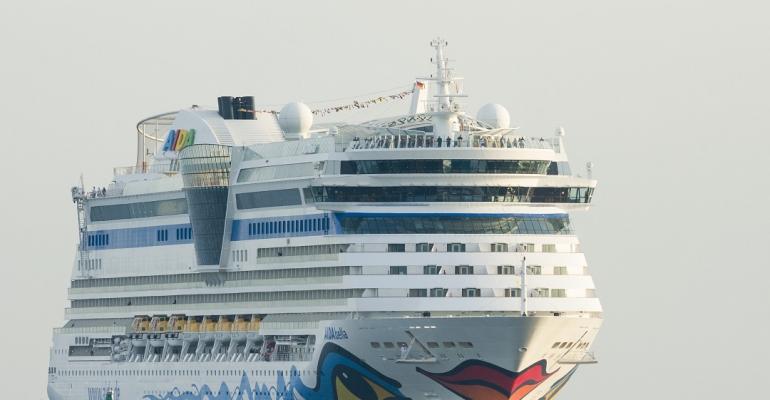 AIDAbella - to operate four additional voyages from Kiel
AIDAbella's new summer program has the ship sailing from the Port of Kiel on 10-day voyages to Norway and nine-day trips to the Baltic. They'll operate between July 14 and Aug. 21.

At the end of summer, a 13-day western Europe cruise will take AIDAbella back to the western Mediterranean.

The ship's additional northern Europe deployment comes courtesy of the early delivery of AIDAperla, which will replace AIDAbella on itineraries from Palma de Mallorca in July. AIDAbella had been scheduled to operate in the western Mediterranean throughout the summer, with AIDAperla to take over the route in September.

On July 24 and Aug. 2, AIDAbella will operate a Baltic itinerary with calls at Tallinn, St. Petersburg, Helsinki, Stockholm, Gdansk and Copenhagen. Prices start at €1,275.

The southbound repositioning cruise from Kiel to Palma will depart Aug. 21, sailing over the top of Denmark and calling at Dover, Le Havre, A Coruña, Lisbon, Cádiz, Málaga and Valencia. Fares are from €1,395.

AIDAbella is scheduled to arrive at Palma Sept. 3.

The positioning of AIDAbella in Kiel constitutes another boost for that port amid intense competition from Germany's cruise ship hubs. Last February Kiel gained extra AIDA capacity when the German market leader decided to move AIDAaura to the north for summer 2016 in response to political unrest in Turkey.

Seatrade Cruise News understands other ports had been bidding for the additional AIDAbella turnarounds.