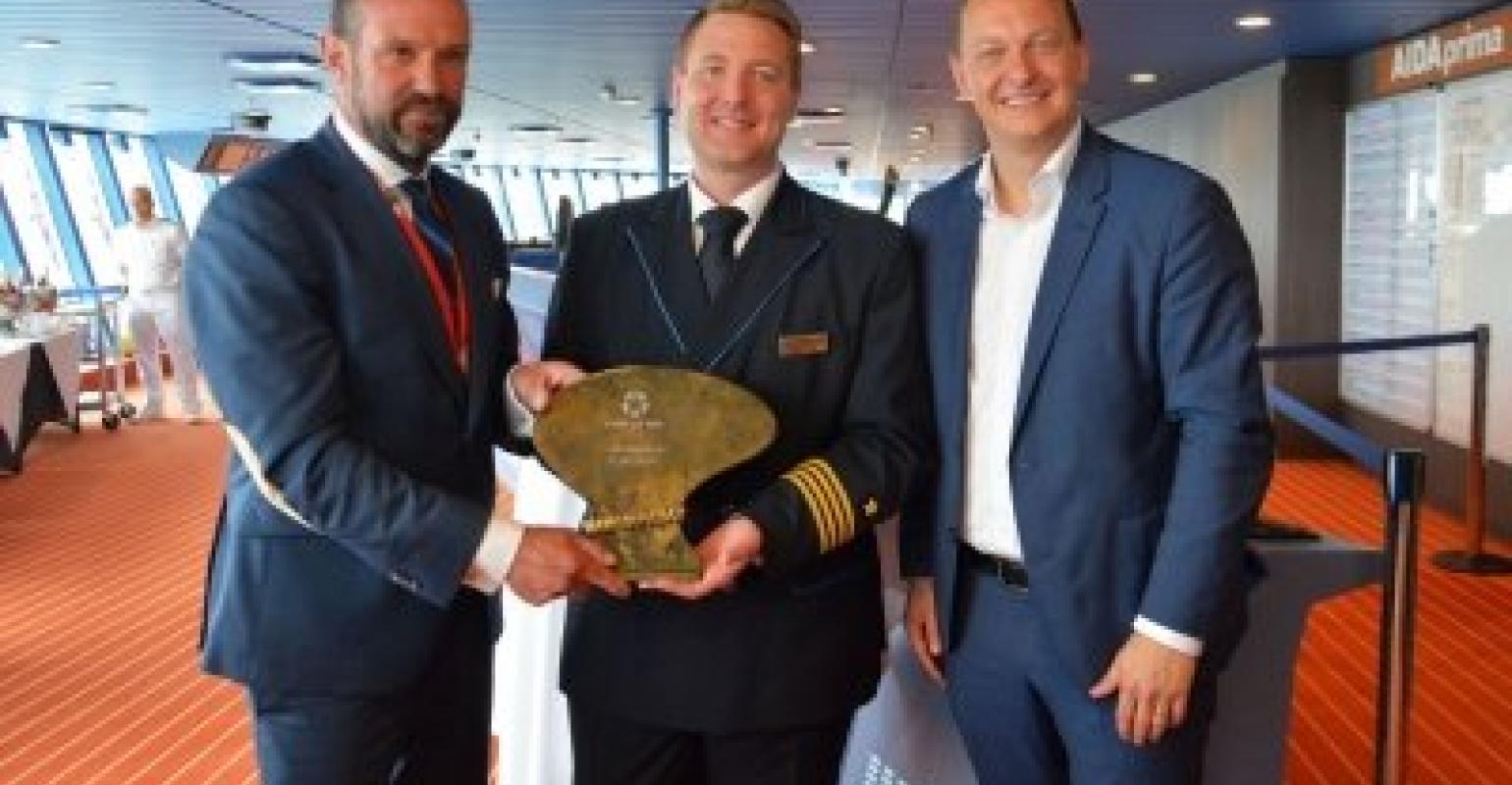 Dirk Claus, at left, AIDAprima Capt. Marc-Dominique Tidow and Felix Eichhorn for the plaque and key ceremony at Kiel on Friday PHOTO: Port of Kiel
The Port of Kiel welcomed the maiden call of AIDA Cruises' AIDAprima at the Ostseekai Cruise Terminal on Friday and confirmed AIDA Cruises will be the first line to use shore power there starting in 2020.

Just a few days ago it became known that the costs for shore power in German ports will go down significantly thanks to an 80% reduction in the EEG surcharge for electricity supplied to ships in port.

AIDAprima stopped at Kiel for a turnaround at the end of a repositioning cruise from Dubai to Germany. The ship is going to be based at the port throughout the 2019 season for 23 sailings to Baltic and Norwegian destinations until its return to the Mediterranean Oct. 12.

AIDAprima's maiden visit was celebrated with a reception and plaque and key ceremony attended by AIDA CEO Felix Eichhorn. Dirk Claus, MD of the Port of Kiel, expressed his delight about the first call by a Hyperion-class vessel, stressing this milestone further strengthens ties between the port and AIDA.

Germany's leading cruise line is also Kiel's leading cruise client, accounting for 60 calls by AIDAprima, AIDAbella, AIDAluna and AIDAcara throughout 2019. This partnership began close to 23 years ago, when today's AIDAcara (then, simply, the AIDA) stopped during its maiden voyage.

With AIDA becoming the first customer for the terminal's shore power facility, 'the cruise line and the port thereby make an important contribution to climate protection,' Claus said. He added that construction for the new cold ironing facility will get under way this year to be ready for the 2020 season.