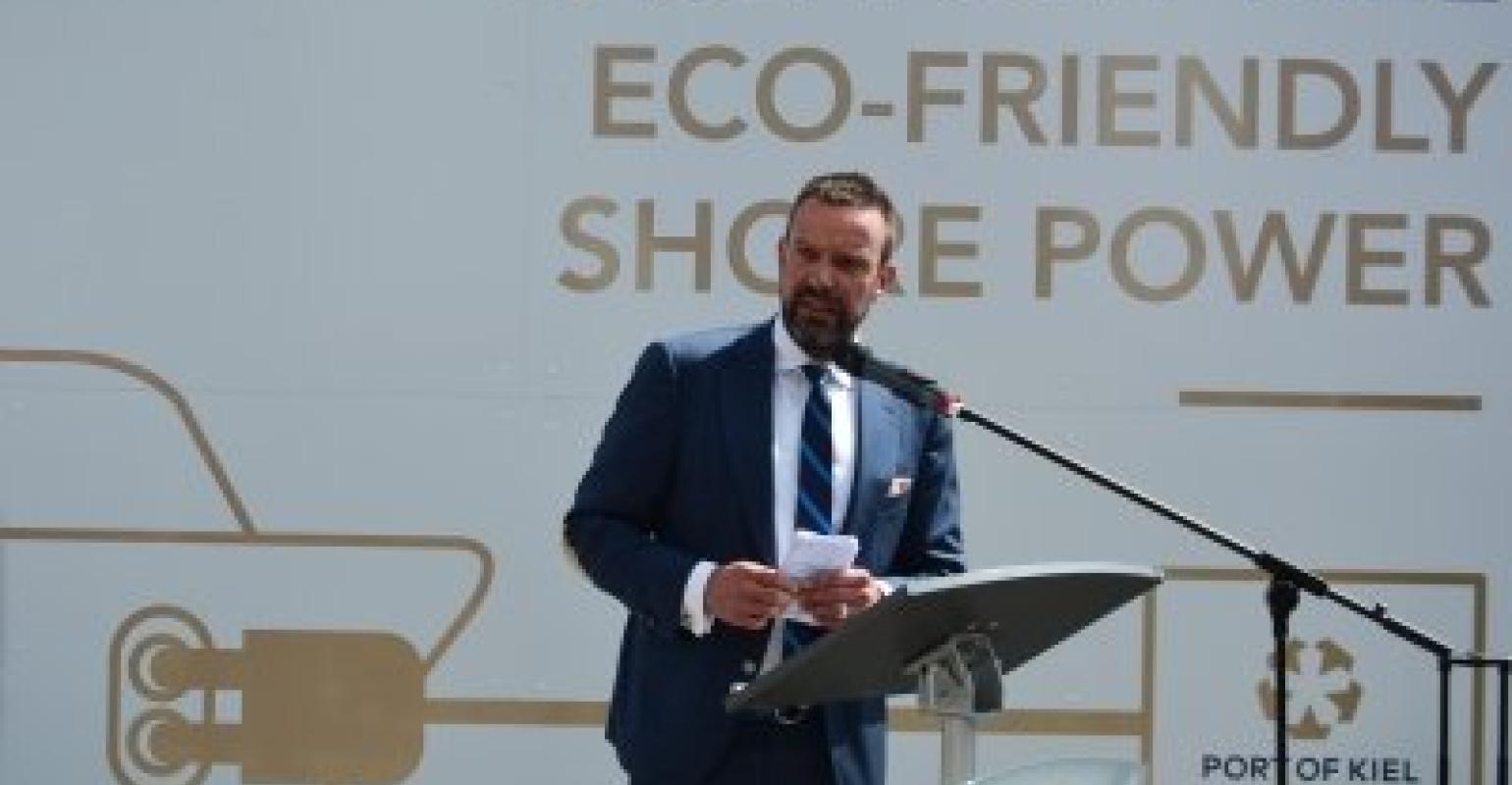 The facility was declared open jointly by the Minister-President of the federal state of Schleswig-Holstein, Daniel Günther, the German Federal Government’s Coordinator for the Maritime Industry, Norbert Brackmann, the Lord Mayor of Kiel Dr Ulf Kämpfer along with Dr Dirk Claus, the port’s Managing Director and Trond Kleivdal, Board Chairman of the Color Line.

Color Line’s large cruise-ferries can now be supplied with emission-free electric power from on shore.

Minister-President Günther said: ‘We are together making an important contribution to keeping the air clean.

Schleswig-Holstein supports this trend-setting project and will encourage further facilities of this type,’ he added.

Schwedenkai Terminal and the cruise terminal at Ostseekai will follow the Norwegenkai example and are to get shore-based power supply capability for ships in the coming year.

Claus commented: ‘In future we want to be in a position to use shore-based electricity to cover 60% of the power requirements of ships calling at Kiel. That will mean we will be able to count ourselves among the most eco-friendly ports in Europe.’

Built by Siemens, investment in the plant totalled €1.2m, of which €400,000 was funded by the state of Schleswig-Holstein.

The Lord Mayor Kämpfer said: ‘Kiel would like to become carbon neutral by 2050. We can only achieve this ambitious goal if everyone helps. The new ultra-modern shore-based power plant is making a contribution to significantly reducing CO2 emissions in the port. I am delighted that Color Line is leading this effort and I would welcome it if other shipping companies were to follow suit.’

Two Color Line vessels links Kiel with Oslo on a daily basis. They arrive at the Norwegenkai in the morning at 10am and leave again at 2pm. Their annual power requirement for the time they spend in Kiel is about four million kilowatt hours.

Hub of the plant is an air-insulated, metal-enclosed, medium voltage switch unit. The PLUG shore to ship transfer station is from French manufacturer NG3 and is equipped with a programmed logic control unit (PLC) which communicates with the land station’s switching gear.