Lab worker where Ebola was tested is quarantined on Carnival ship 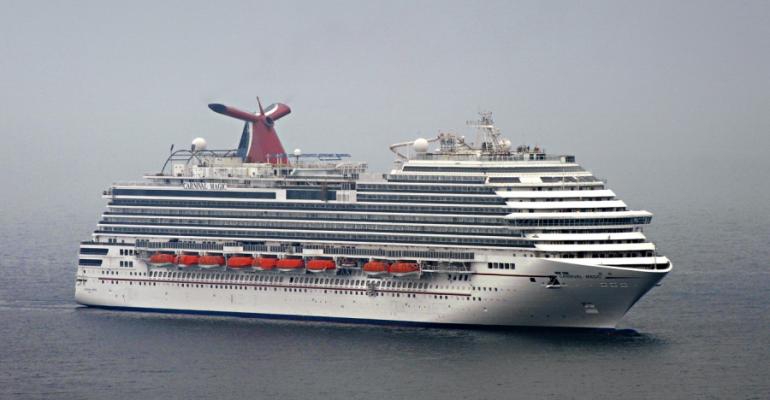 Updates address some reported booking cancellations, stock market reaction, Belize government statement and industry stance. A supervisor in the Dallas hospital laboratory where Ebola samples were tested has been isolated aboard the Galveston-based Carnival Magic as a precautionary measure. According to the US Department of State, the woman has shown no signs of fever or illness and it has been 19 days since she 'may have processed' fluid samples from Thomas Eric Duncan, who died at Texas Health Presbyterian Hospital.

The woman sailed from Galveston Oct. 12, before the US Centers for Disease Control and Prevention's updated requirements for active monitoring. At the time she left the country, CDC required only self-monitoring.

'The employee has been self-monitoring, including daily temperature checks, since October 6, and has not had a fever or demonstrated any symptoms of illness,' the State Department said.

Symptoms may appear up to 21 days after exposure to Ebola, but the average is eight to 10 days, according to the CDC.

Carnival Cruise Lines was contacted late Wednesday afternoon by the CDC. According to the State Department, Carnival is supporting the CDC's efforts. The woman has been examined by the ship's doctor, who confirmed she is in good health.

'Following this examination, the hospital employee and traveling partner have voluntarily remained isolated in a cabin. We are working with the cruise line to safely bring them back to the United States out of an abundance of caution,' the State Department said.

Carnival stressed the passenger remains in isolation and is not deemed to be a risk to guests or crew.

'It is important to reiterate that the individual has no symptoms and has been isolated in an extreme abundance of caution. We are in close contact with the CDC and at this time it has been determined that the appropriate course of action is to simply keep the guest in isolation on board,' Carnival said in a statement.

The ship is due to return to Galveston Sunday.

Carnival said any passengers or crew who have visited or traveled through Liberia, Sierra Leone and Guinea within 21 days of a cruise departure date will be denied boarding. Additionally, anyone sailing with Carnival must answer a series of health screening questions during embarkation and, if deemed necessary, will be asked to submit to further medical screening prior to being allowed to board.

Reports that Carnival Magic passengers were not allowed ashore in Belize on Thursday are incorrect. The two people in voluntary quarantine remained on board.

In a statement the Belize government said it was notified by US officials that a passenger 'considered of very low risk for Ebola' was on the ship.

'Nevertheless, out of an abundance of caution, the Government of Belize decided not to facilitate a US request for assistance in evacuating the passenger through the Phillip Goldson International Airport,' the statement said.

It added: 'The GOB reassures the public that the passenger never set foot in Belize.'

In a research note earlier this week, William Blair & Co. said concerns about the Ebola virus were having little discernible impact on bookings. However, analyst Sharon Zackfia cautioned the brokerage was being prudent with estimates given the uncertainty surrounding the global macro environment as well as the potential for Ebola fears to escalate.

Shares in CCL, RCL and NCLH dipped after market open Friday but all were trading higher by late morning.