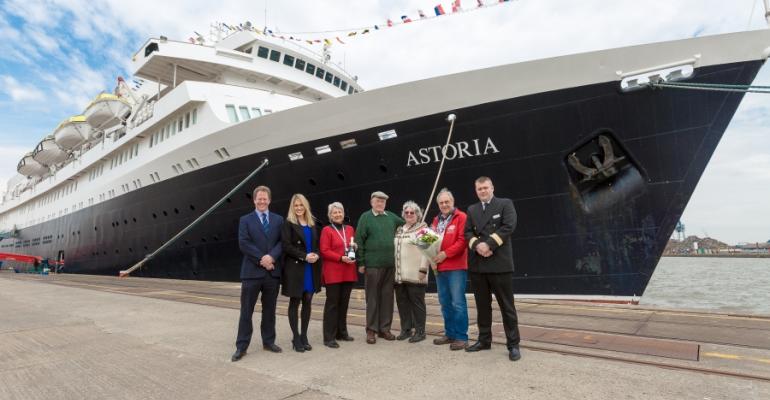 The port opened its cruise terminal in Avonmouth in 2013, offering voyages from Bristol for the first time in two decades.

It is now the fastest growing region for cruises, with routes to more than 20 destinations around the world.

Bristol Port Company marked the milestone by presenting its 25,000th passenger, Bernadette Clark, with champagne and flowers as she boarded Cruise & Maritime Voyage's Astoria. Passengers setting sail for The Scottish Islands and Faroes were also greeted at the terminal with bunting and decorations to mark the Queen’s 90th birthday.

This year will mark a double celebration, with the Bristol Port Company having purchased the port a quarter of a century ago from Bristol City Council. In the past 25 years, more than £475m has been invested to offer the full range of shipping, cruising distribution and logistics services. More events are planned to celebrate the 25th anniversary later in the year.

James Stangroom, business development manager at Bristol Port, said: ‘The Bristol Port Company only entered the cruise market in 2013 and we are honoured to be embarking our 25,000th passenger. Everyone pulls together to ensure our passengers holiday gets off to the best possible start – from our hard working security and baggage handlers, to our World Host trained team of dedicated volunteers.’

Mike Hall from CMV said: ‘Cruise & Maritime Voyages began cruising from Avonmouth three years ago offering convenient cruising holidays for the people of the South West. Avonmouth is now established as one of our most popular departure ports and we are delighted that the port’s 25,000th passenger is one of our loyal customers who has sailed some 115 nights with CMV.’