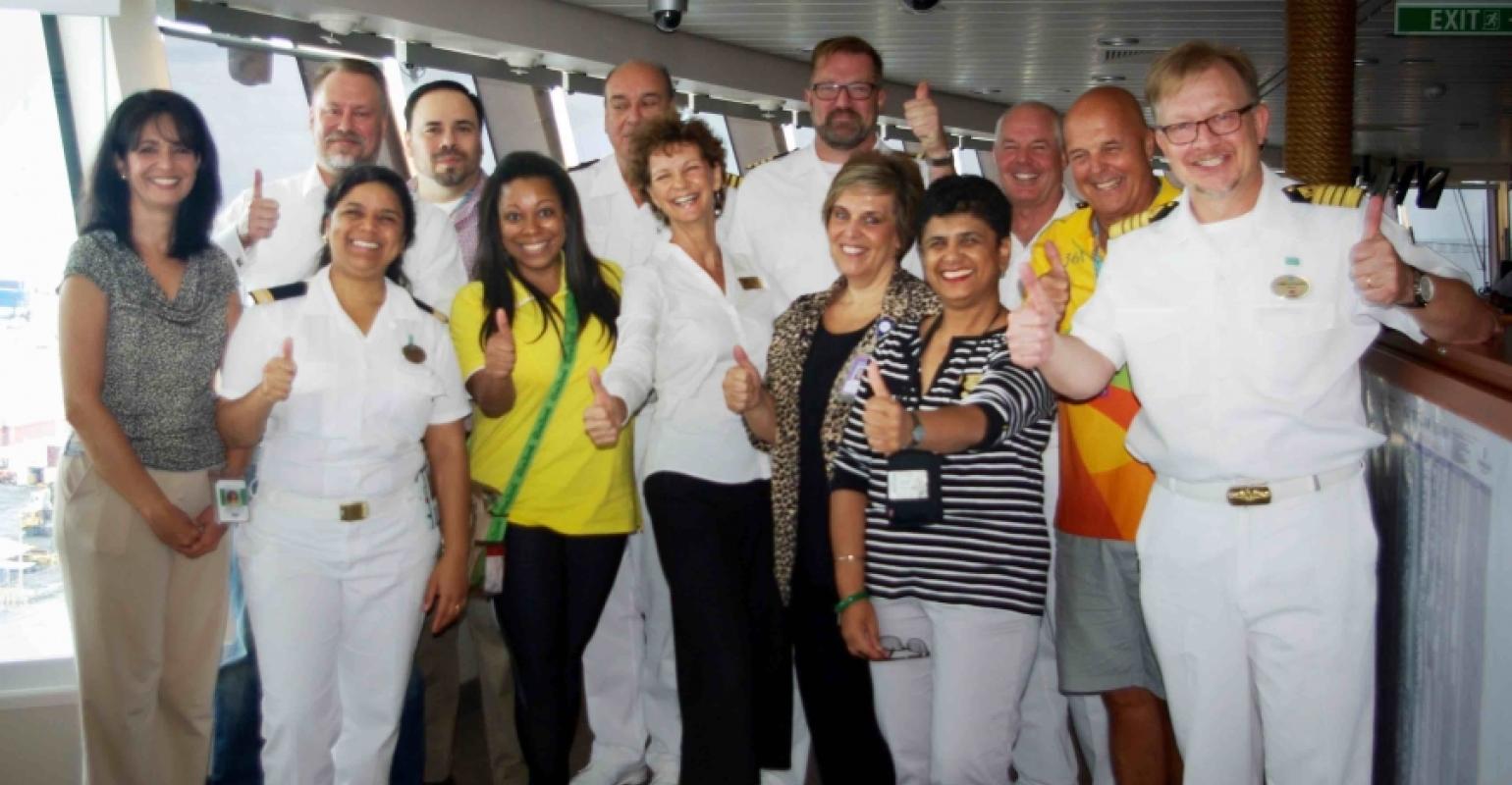 The 145,655gt ship will sail into the heart of the Olympic city, providing 2,000 guest rooms, dining choices and convenient hospitality venues in a prime location during the Games.

Norwegian Getaway will be berthed at Rio's Pier Mauá Aug. 4-22 to provide supplemental housing for corporate sponsors, members of the International Olympic Federation, the national organizing committee, the Rio Host Committee and their guests.

Norwegian Getaway will offer diverse dining options and nightly entertainment with a Miami vibe, all under one roof. Corporate sponsors, event officials and others staying on board will also find it easy to attend the business meetings and hospitality functions organized by Landry & Kling in coordination with Norwegian Cruise Line.

The core planning team for this project included key representatives from the RIO 2016 Committee, Miami-based Landry & Kling Events at Sea and Norwegian. Prior to the ship’s Miami departure on Sunday, they met on board with the captain and his senior officers for a final review of plans for the 40-night charter which required two repositioning voyages to/from the dockside program in Rio, and many years of planning.

Since its introduction in 2014, Norwegian Getaway has sailed year-round from PortMiami.

'Finally, the day has come!' said Joyce Landry, ceo, Landry & Kling. 'We’ve been involved with this massive project since 2007, when Rio's bid committee asked us to help obtain cruise lines’ letters of support for the charter concept. Later, we developed a detailed RFP to source the ship, kept the complex contract negotiations moving and served as Rio's liaison with Norwegian throughout the planning process.

'We’re excited to finally implement our plans aboard ship in Rio, during this historic event,' Landry added.

The 4,000-berth Norwegian Getaway is Landry & Kling's largest single ship charter in the company’s history of groundbreaking dockside charters, which began in Boston with a 15-day charter of Cunard’s QE2 for DECworld ‘87 (Digital Equipment Corp.). The company also masterminded the five-ship charter project for Jacksonville Super Bowl 2005, World Cup Cricket in the West Indies 2007, Summit of the Americas 2009 in Trinidad and many others.

Joyce Landry will be blogging from Norwegian Getaway during the Olympics on Landry & Kling's blog, beginning Aug. 4.