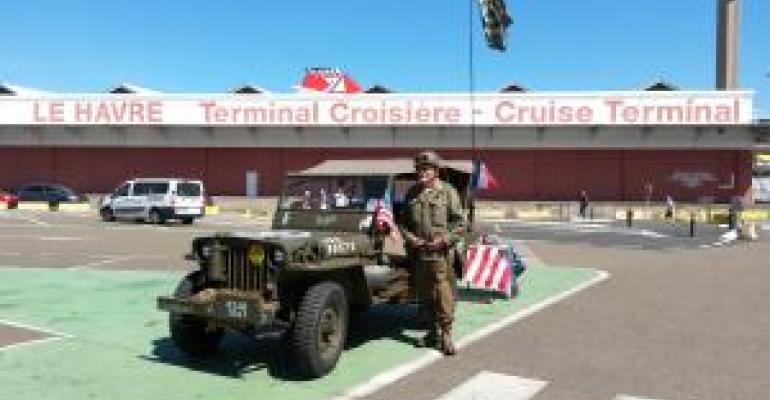 All eyes have been on Normandy this past week with several events commemorating the 70th anniversary of D-Day and the Battle of Normandy taking place.

Last Thursday evening 24 fireworks were launched from the Normandy beaches and could be seen at sea by  passengers on board several cruise ships sailing in the area on itineraries linked to the events.

Many of those itineraries  included calls to Le Havre which decorated its cruise terminal in commemoration of the anniversary. Military vehicles were displayed on the berths and a jazz band played mid-40s music.

It was a jazzy weekend in Le Havre with the annual Dixie Days jazz festival running through to Sunday.