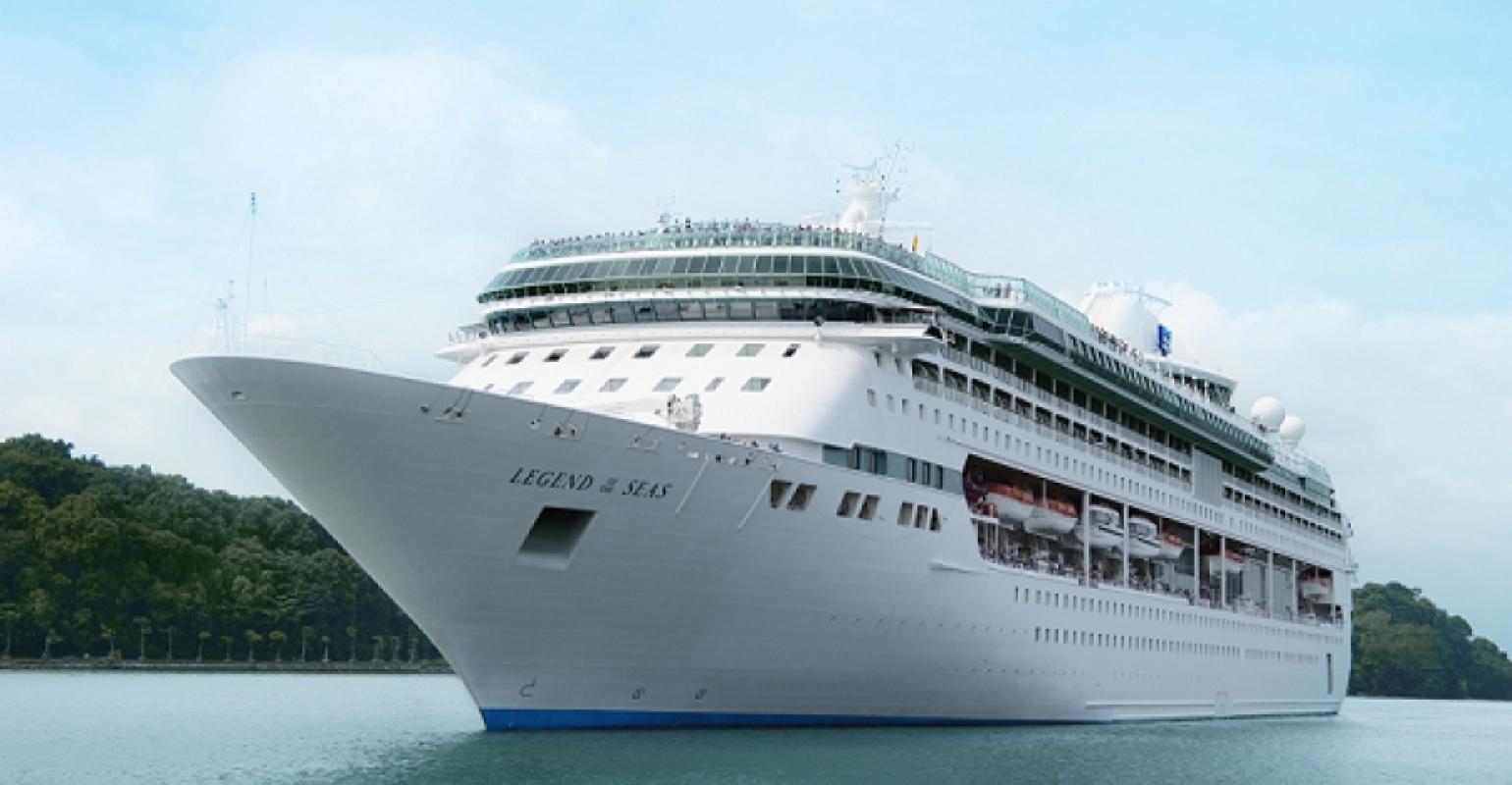 Legend of the Seas begins new season in Asia and Australia

Royal Caribbean’s Legend of the Seas arrived in Singapore today to begin a new progamme in Asia in the lead-up to her inaugural season in Australia where she will be homeported in Brisbane from December 8 until April 20, 2016.
The 70,000gt Vision-class ship will visit 19 ports in 10 countries, namely Malaysia, Brunei, Thailand, Vietnam, Cambodia, the Philippines, Indonesia, Hong Kong, Taiwan and Australia.
On September 13 she sails from Singapore to Fremantle, arriving September 27. She makes a same day turnaround, arriving back in Singapore on October 11.
She then sails from Singapore on a 10-night cruise to Thailand, Cambodia and Vietnam. Her next cruise to Thailand, Cambodia and Vietnam ends in Hong Kong, followed by a 10-night cruise to Brunei, the Philippines and Taiwan, terminating in Singapore.
On her final Asian cruise for the season Legend of the Seas sails from Singapore on November 10 for Thailand, Cambodia and Vietnam, arriving in Hong Kong on November 20 when she sails to Brisbane via Manila, Puerto Princesa, Kota Kinabalu, Bali, Darwin, Cairns and the Whitsundays.
During her Queensland season Legend of the Seas will make nine South Pacific cruises from eight to 10 nights at ports in New Caledonia, Vanuatu and the Loyalty Islands. Another two 11-night South Pacific cruises include Fiji.
She will make a 14-night cruise to New Zealand, calling at Auckland, Tauranga, Napier, Wellington, Akaroa, Dunedin and Dusky/Doubtful/Milford Sounds.
On two seven-night sailings she will visit the Whitsundays and Willis Island with an overnight in Cairns. She will also make a two-night cruise to nowhere for first-time cruisers to sample the product.
Legend of the Seas departs Brisbane on April 20 next year on an 18-night cruise to Hong Kong via the Whitsundays, Cairns, Darwin, Bali, Kota Kinabalu, Puerto Princesa and Manila.
Copyright © 2020. All rights reserved.  Seatrade, a trading name of Informa Markets (UK) Limited.
TAGS: ports & destinations cruise lines ships
0 comments
Hide comments
Related