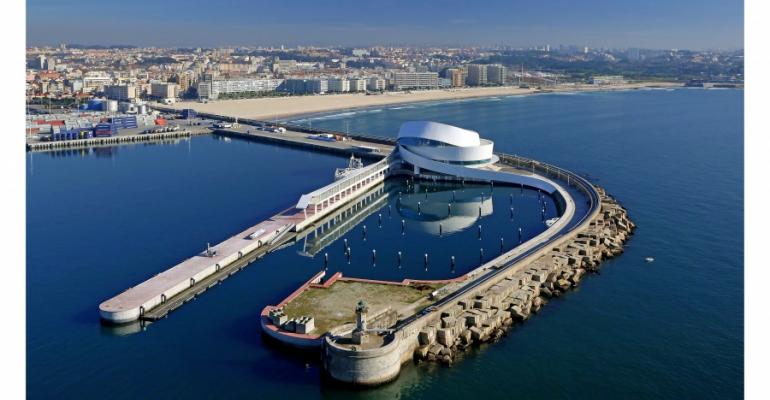 Portugal’s Port of Leixões is expecting more than 90 cruise ships this year, bringing around 95,000 passengers and more than 40,000 crew. Most of the vessels will be welcome at the new Porto Cruise Terminal situated at the port’s South Mole, located 3km from the city of Porto.

Since the opening of the 340mtr long dedicated cruise berth in 2011, the number of cruise ships visiting the port has grown by 60% and the passenger count has trebled.

The new terminal, located close to Porto International Airport, is capable of handling the largest cruise vessels in transit, or 2,500 passengers in turnaround, and will be fully operational in April.

Housed in the terminal building is also the Science and Technology Park of the Sea,  managed by the University of Porto, which will be open for researchers and general public throughout the year.

Alongside the terminal there is a new marina for 170 yachts plus outdoor parking for coaches and cars and indoor covered parking for vehicles as well as a river-sea berth for vessels sailing into the Douro River.

A second cruise facility in the north side of the port offers a 300mtr long quay with depth alongside up to 10mtr serviced by a 1960’s-build terminal constructed with wood, mainly for luxury ships up to 250mtr in length.

Porto combines tradition and modernity in a cosmopolitan atmosphere, with its baroque and Romanesque churches, monuments, streets with mansions covered with Portuguese traditional tiles, bookstores and shops. Wine tasting and local gastronomy are popular with cruise visitors.

An hours drive  from Porto is the historical centre of Guimarães, European Cultural Capital 2012 and also classified a World Heritage site by UNESCO – one of four sites in the region -  as well as the cities of Braga, Viana do Castelo, Ponte de Lima and Amarante; countless castles, manor houses and the scenic Douro Valley, the oldest wine region of the world, where Porto wine is produced.