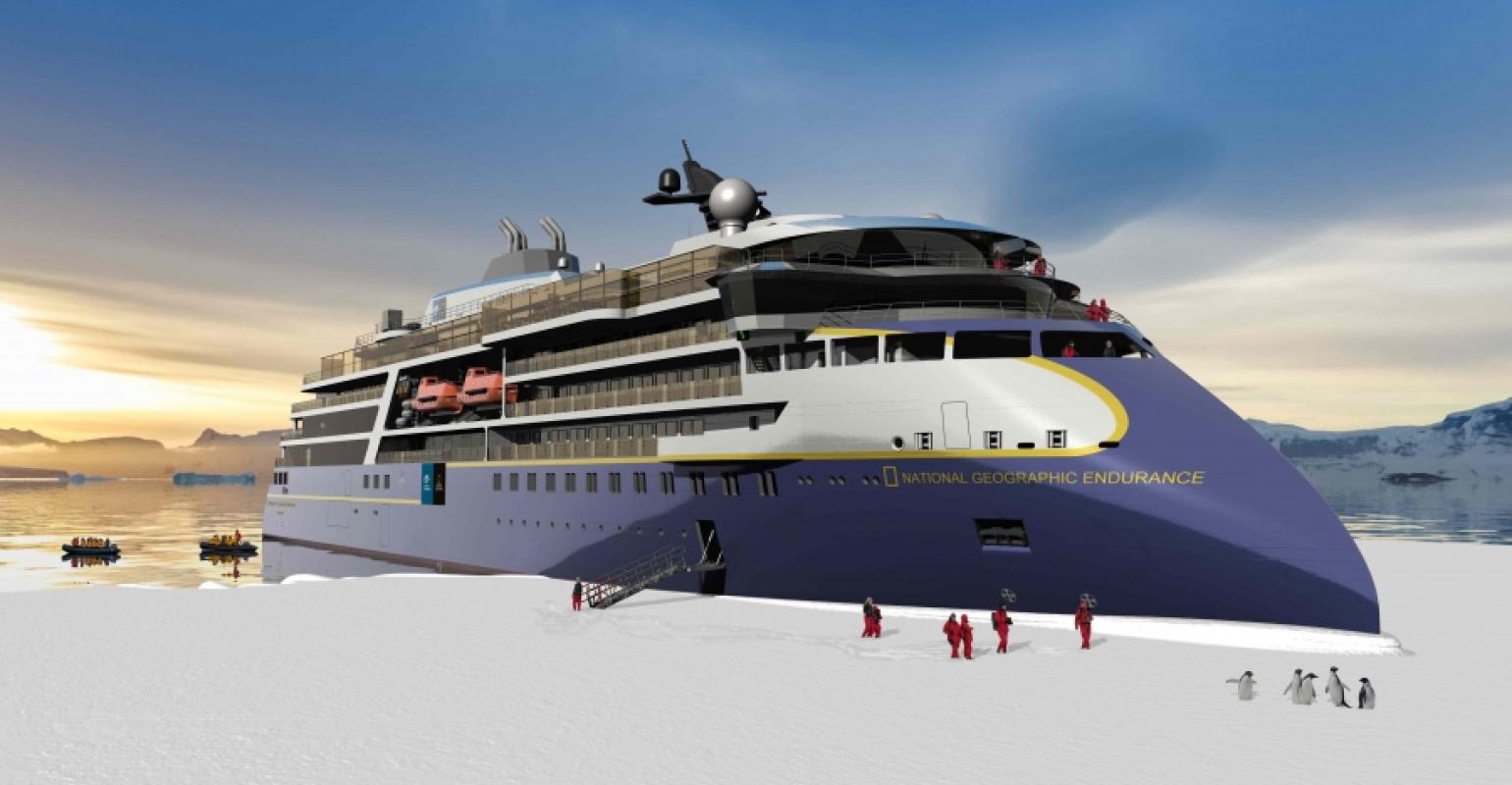 Lindblad Expeditions Holdings signed an agreement with Ulstein to build a sister ship to National Geographic Endurance, for delivery in late third quarter 2021.

The price was not announced, however it will be about 10% higher than Endurance, CFO Craig Felenstein said. Seatrade's orderbook lists National Geographic Endurance at $135m.

Plans for the new polar vessel were previously disclosed. It will have the highest ice class (PC5 Category A) of any purpose-built passenger ship, and will feature Ulstein's signature X-BOW design for better seakeeping, resulting in greater fuel efficiency and reduced emissions.

Like National Geographic Endurance, the new vessel will accommodate 126 passengers in 69 cabins and suites, 75% of them with balconies. Multiple observation decks inside and outside, and 'observation wings' will provide access to the surroundings. Off-ship exploring will be greatly enhanced with an innovative Zodiac loading system that allows everyone to get ashore quickly and safely. The ship's complement of exploration tools will include kayaks, cross-country skis, a remotely operated vehicle, hydrophones, a video microscope, underwater video cameras and more to be announced in the coming months.

'National Geographic Endurance, and the unique itineraries that it is able to facilitate given its superlative capabilities, has been met with considerable excitement from both our existing guest community and those new to Lindblad-National Geographic, and we are confident that its sister ship will garner the same level of enthusiasm in the market,' said Sven Lindblad, president and CEO of Lindblad.