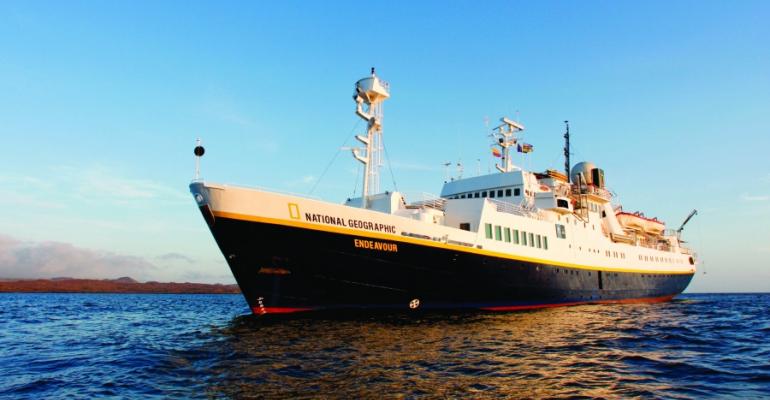 Lindblad Expeditions raised its fourth quarter net yield and tour revenues but adjusted earnings before interest, tax, depreciation and amortization were down, at $4.7m compared to $5.8m in Q4 2014. The company said the 2016 booking pace continues strong, and it recently added a $45m revolving credit facility.

'We were pleased to see net yield grow about 10% for the quarter, which was driven by strong inventory management and focused tactical marketing,' said Sven-Olof Lindblad, president and ceo. He attributed the adjusted EBITDA decline mainly to the timing of vessel drydocking and the related reduction in revenue and increase in expense.

Tour revenues were primarily driven by $3m higher ticket revenues, in part due to changes in vessel deployments. Lindblad recorded 37,296 guest nights sold and an occupancy rate of 93.3%.

Adjusted net cruise cost per available guest night was $870, up from $763, or 14%, in Q4 2014. The increase was primarily driven by higher cost of tours due to an additional voyage and drydock expenses due to timing, partially offset by lower fuel cost.

The company expects to achieve the 2016 financial projections it put forward on April 1, 2015, which forecast tour revenues of $217m and adjusted EBITDA of $51m.

During Q4 Lindblad signed definitive agreements to build a pair of US-flag coastal vessels for delivery in 2017 and 2018. The company also signed a definitive agreement for the purchase of Via Australis, to replace National Geographic Endeavour in the Galápagos Islands. Lindblad expects to take possession of the ship in the second quarter this year and plans a significant renovation before it enters service in Q4.