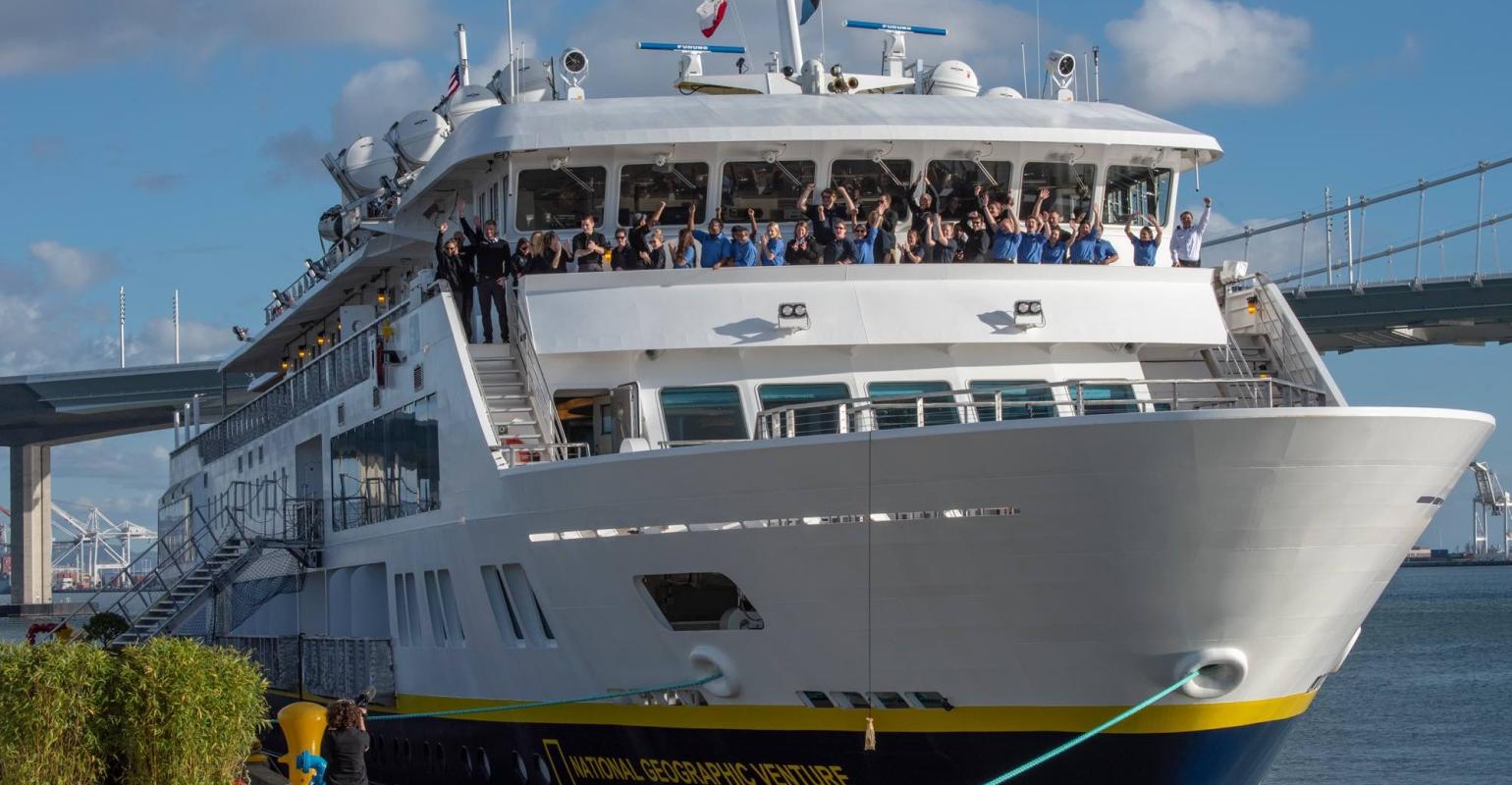 Crew wave from outside the bridge of National Geographic Venture

'Delighted with the way she came out'

'I am very, very, proud. It is a great expedition ship. It’s comfortable, nimble and, with massive amounts of glass, [the ship will keep our guests constantly] connected to the outside world. We are delighted with the way she came out,' CEO Sven Lindblad said.

He also thanked the crew for their tireless work.

'For 15 years Lindblad and National Geographic have worked together taking travelers around the world to some of the most amazing places. We could not be happier than we are seeing this beautiful new Venture head out to sea,' said Gary Knell, chairman of National Geographic Partners.

Capt. Andrew Cook expressed his excitement about the meticulous planning of the ship’s features. 'What we have learned over time has provided us the best way to experience the environment. For me personally, this is as fine a ship as I could have asked for,' he said.

Pamela Fingleton, 40-year Lindblad veteran and SVP, joined Sven Lindblad on the bow for a toast and the traditional Champagne bottle smash.