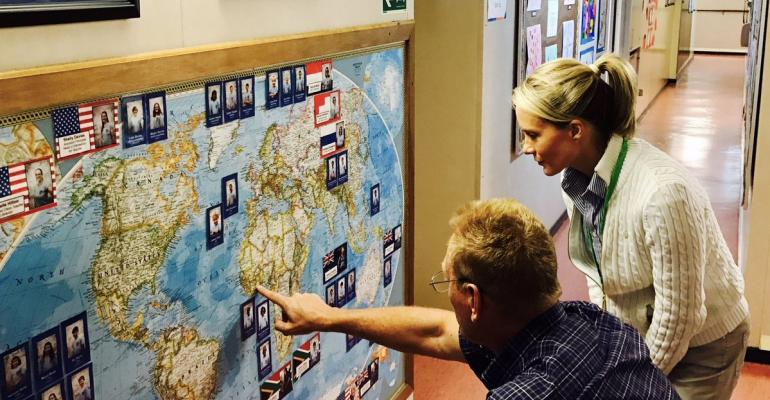 US broadcaster Dana Perino, right, on board Africa Mercy in Cotonou, Benin

The Mercy Ships part is scheduled for 'The Five' show that airs 5 p.m. to 6 p.m. EST March 10, probably toward the end of the broadcast.

This will be Perino's second visit to a Mercy Ship.

Social media events that are tentatively scheduled around the live broadcast include a live question and answer session on Perino's Facebook page Thursday (March 9) at 5:30 p.m. ET and a Facebook Live broadcast on Mercy Ships' Facebook page at 10:20 a.m. ET Friday.

Mercy Ships is the charity of choice for Cruise Lines International Association and will be featured during Seatrade Cruise Global next week as part of a new partnership with the event.

The Costa Group also recently launched a partnership in support of Mercy Ships.