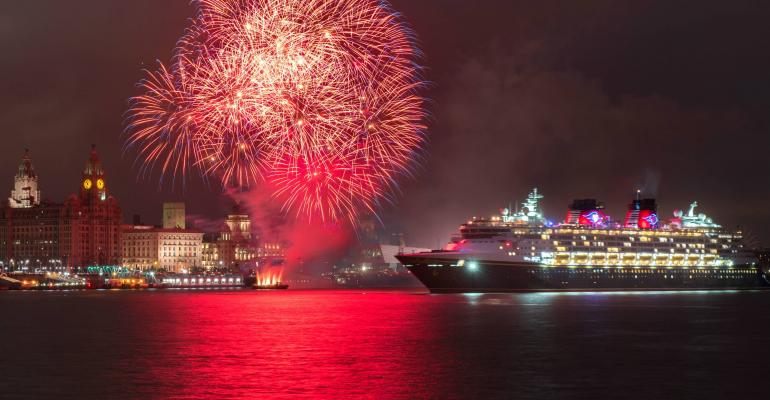 Liverpool has drawn together highlights of the 2016 cruise season in a three and a half minute film which includes the inaugural Disney Magic visit, the celebrations to mark the 100th anniversary of the Cunard Building which saw the Queen Elizabeth sail into the city and the first Royal christening of a Mersey ship for 50 years.

The showcase also features interviews with cruise ship representatives including Jon Bye, port operations executive for Fred Olsen and Queen Mary 2’s Captain, Kevin Oprey, who praise what the city has to offer for tourists and the work of the Cruise Liverpool team.

Vox pops with passengers show how popular the location of the cruise terminal is.

Deputy Mayor and Cabinet Member for culture, tourism and events, Councillor Wendy Simon, said: 'We have a fantastic city wide support network behind our cruise operation, a wealth of things to see and do in the region, award winning attractions just a short walk away and a dedicated team of people ensuring every passenger has an unforgettable time in the city.'

Angie Redhead, Liverpool cruise and operations manager, said: “It’s great to reflect on the success of 2016, but we are already looking ahead to 2017 which is shaping up to be a busy year for us.

'We have the return of Disney Magic which I’m sure will draw in huge crowds once again, whilst the British Open Golf Championship brings both Celebrity Silhouette and Azamara Journey to the Mersey on the same day whilst we have four more inaugural calls on top of our usual returning ships.'