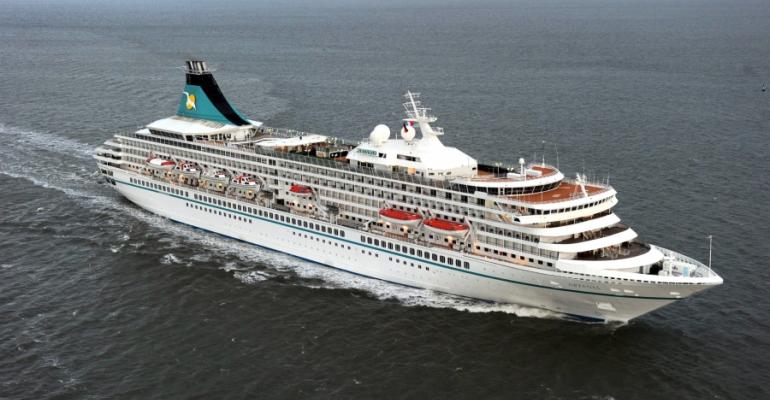 Lloyd Werft Bremerhaven has bagged a major 76-day refit of Phoenix Seereisen’s Artania, including re-engining and adding balconies. The work will take place between September 29 and December 6this year.

Lloyd Werft undertook the conversion of P&O Cruises’ Artemis into Artania two years ago for V.Ships/Phoenix inside 28 days. Now the 44,588gt vessel is returning to Bremerhaven at the end of September for 76 days and considerably more work.

Lloyd Werft chairman Rüdiger Pallentin said, ‘we won this large contract - which is very demanding in every respect - over some stiff competition from other yards.’ Lloyd Werft’s order books were already well-filled but Pallentin adds ‘now we are chock-full. There’s just no room for any more at the moment. Sometimes the yard is simply too small.’

Project manager André Stegmann explains that the ship will be in the big Kaiserdock II for 60 days. The rest of the time will be taken up with sea-trials. ‘So, as usual, the schedule is more than tight’, he says.

A main reason for the new order going to Lloyd Werft is that it knows the vessel ‘like the back of its hand’ he said. The yard converted the former Royal Princess into Artemis in 2006 for P&O Cruises and then undertook a technical upgrade of Artemis in 2010. According to the yard, all this detailed knowledge of the technical aspects of the vessel, helped in winning the latest contract.

Work this time centres on the complete replacement of the ship’s engine plant. Her Pielstick diesels Type PC4-2, which Wärtsilä built under licence and installed in the old Royal Princess in 1984, are being replaced by four more efficient new Type 12V32 main engines from Wärtsilä. Four intermediate transmission units are also being installed between the existing gearing units and the new main engines. Artania will also get a new Wärtsilä Type 8L32 auxiliary diesel.

Soon after Artania arrives in the Kaiserdock II on September 27, her hull sides will be cut open. The four old main engines will be removed through the opening in the hull and the new engine installed. At the same time the new suppressors will be installed, the entire on-board fresh water system will be modernised and an extensive programme of steel repairs will be carried out along with the installation of balconies for 152 cabins on Decks 7 and 8.

Lloyd Werft built balconies on 96 cabins on Decks 5 and 6 during the ship’s earlier conversion in April/May 2011. While all that is being done, the yard has to carry out extensive annual drydocking which will include regular maintenance work on the ship’s rudder plant and propellers prior to the first test of her new engine plant in the North Sea in mid-November.

The public areas and bars and restaurants on  Phoenix’s largest cruise ship – well known to German TV viewers from the documentary series Mad about the Sea will also get a makeover during the stay in drydock.