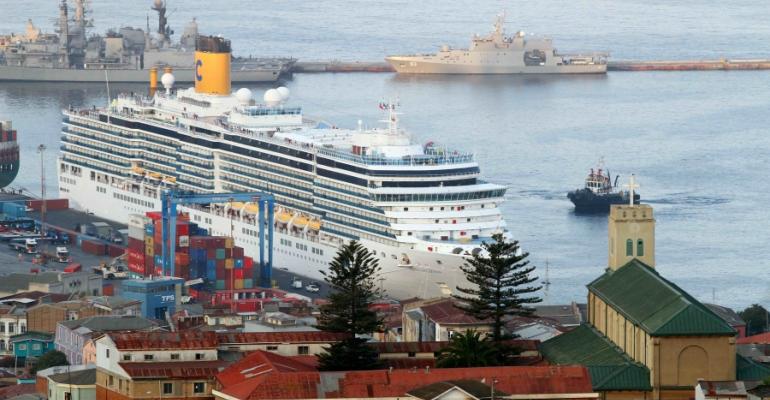 Chile's Valparaíso wrapped a successful cruise season with 34 calls and 86,000 passengers between October and early April. A highlight was six calls of longer than 24 hours, including a nearly 48-hour stay by Costa Deliziosa.

Officials said this confirmed the appeal of the destination.

Ships bringing the most passengers over multiple turnaround calls included Golden Princess with 22,000, Zaandam with nearly 18,000 and Celebrity Infinity with 15,000.

'This was a very successful cruise season that results from our promotional work at national and international fairs,' said Valparaíso Mayor Jorge Castro. He added that a new cruise terminal will open following the 2015/16 cruise season.

Erick Novoa, chief of competitiveness and marketing for the Port of Valparaíso, said construction will begin during the second half of 2015 on the new structure that will house the nearly 6,000-square-meter terminal.

Novoa said 42 calls and more than 110,000 passengers are projected in the 2015/16 season, when Norwegian Cruise Line returns to South America after a gap of several years.

Norwegian Sun will cruise the region from late November to early April on 14-day voyages between Valparaíso and Buenos Aires.