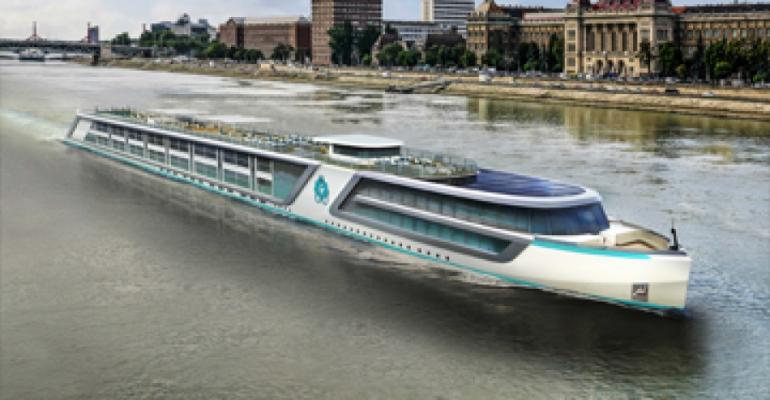 Crystal Cruises detailed the itineraries for its five new luxury river yachts, with voyages from 2016 through 2018 just opened for booking. Many of the routes feature overnight stays in ports like Paris, Honfleur, Rouen, Bordeaux, Basel, Passau, Linz, Vienna and Amsterdam—to name a few.

The recently acquired and to be redesigned Crystal Mozart will sail in July 2016, and the four newly built vessels, Crystal Bach, Crystal Debussy, Crystal Mahler and Crystal Ravel, will embark in June and August 2017.

Crystal Mozart's maiden Danube River cruise will sail July 13. The vessel will operate two itineraries of 10 and 11 nights plus a special 10- to 13-night Christmas and New Year’s Eve voyage.

'Christmas Markets Along the Danube' charts Austria, Germany and Slovakia for the traditional marketplaces and town squares, from Munich’s Christkindlmarkt to the Viennese Christmas Market at City Hall and Christmas Village at Belvedere Palace.

Crystal Debussy will debut on the Seine River June 4, 2017. The vessel will sail five-, seven- and 10-night voyages from Paris with multiple overnights. The ship’s smaller size—84-passenger capacity—will allow it to berth near the Eiffel Tower.

The 'Best of Paris, Seine River & Normandy' itinerary highlights the villages and valleys that inspired Impressionists like Monet and Van Gogh. A double overnight puts travelers within walking distance of Honfleur and positions them near the surrounding area's attractions including the beaches of Normandy and Deauville.

'Paris & The Arts' will provide in-depth immersion into masterpieces housed in the Musée d’Orsay, d’Art Moderne de la Ville de Paris and the Louvre before venturing to Rouen in the heart of Normandy then returning to Paris. 'Pre-Christmas Shopping in Paris' enables travelers to immerse themselves in the Marché de Noël outdoor bazaar and see street performances along the Rue du Gros Horloge in Rouen.

The 110-passenger Crystal Bach's 10-night 'Christmas Markets along the Rhine' itinerary includes two of Switzerland’s loveliest markets— Barfüsserplatz and Münsterplatz in Basel—plus historic abbeys and cathedrals. The vessel will overnight in Cologne, home to one of Europe's largest Christmas markets.

Crystal Ravel, which will sail the Garonne and Dordogne rivers and the Gironde Estuary, makes its maiden voyage Aug. 8, 2017. The 84-passenger vessel will visit France's best known wine region and explore the UNESCO-designated city of Bordeaux.

Crystal Mahler, to ply the Rhine, Main and Danube, will begin sailing  Aug. 29, 2017. Its 16-night 'Grand Europe' itinerary is the longest offered by the Crystal river fleet and stretches two nights longer than most other lines sailing the same route. The 110-passenger vessel will transit the Rhine-Main-Danube Canal and visit the Netherlands and villages in Germany, with overnights in Budapest, Vienna, Passau and Amsterdam.

Each ship's inaugural voyage will be exclusively available for booking by Crystal Society members (repeat customers) through Dec. 15. Other dates are open for sale now.