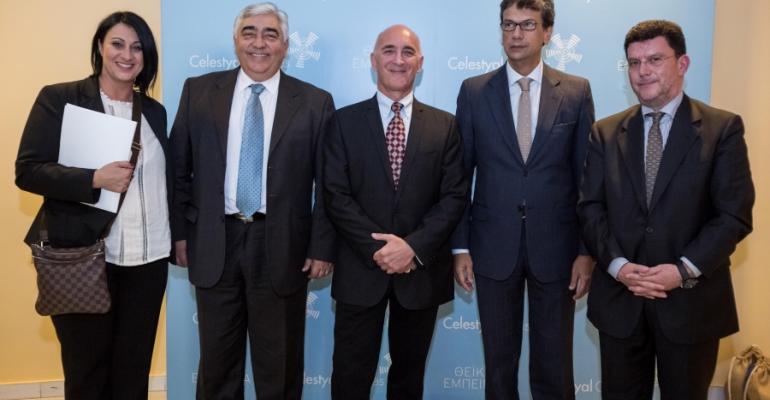 Louis Cruises is to add a third ship to its fleet in Greece to cover increased demand. This was confirmed at the official launch of its Celestyal Cruises brand during a press conference in Athens.

The Celestyal Cruises brand focuses on a Greek theme and will gradually become the main activity of the Cypriot group in the cruise sector.

Already, the company says its contribution to the country¹s economy runs to €128m ($168m) annually, and the company accounts for some 90% of
homeporting in Greece.

Originally the innovative Olympic Explorer and built for Royal Olympic Cruises, the vessel is a 420-cabin cruise ship purposely built to offer cruises in the Aegean and is characterised by a distinct Greek ambience with Hellenic poems and names gracing its decks and other areas.

Built in Blohm & Voss she had a speed of 28-knots and took cruising into a new era. Its size, speed and identity make the Celestyal Odyssey an ideal ship to further strengthen and expand Celestyal Cruises' programmes from June 2015.

Kerry Anastassiadis, ceo of Louis Cruises said: 'The addition of a third vessel to our fleet is the result of continuous increased demand attributed to the repositioning and the redesign of our product. We remain focussed on establishing Celestyal Cruises as the foremost ambassador of a real Greek experience which is excellent value for money.'

The Celestyal Cruises experiences will feature an extensive portfolio of themed events bringing to life Greek culture and history as well as introducing the broad palate of Greek cuisine complimented with wines made of distinct grape varieties unique to Greece.

Celestyal Cruises' itineraries call on iconic islands that are globally known as well as introducing hitherto hidden gems of the Aegean and the Ionian seas.