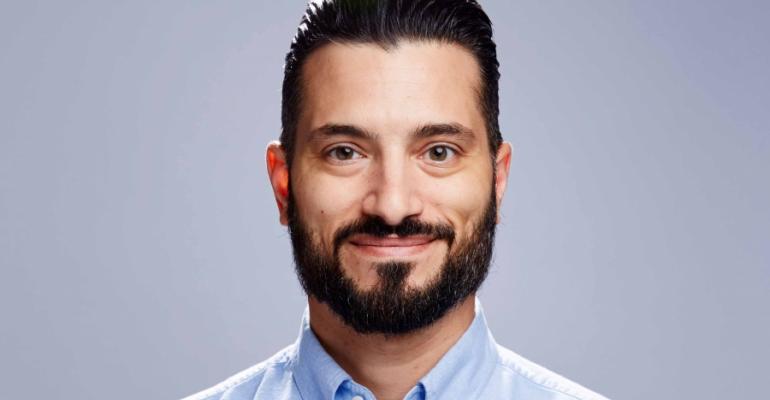 'His work up to and including Airbnb was very attractive because it's disruptive and created a unique position in the marketplace. We looked at him as someone who could be disruptive for Celebrity, too,' president and ceo Lisa Lutoff-Perlo told Seatrade Cruise News.

It was tough to find a professional with the desired experience who Lutoff-Perlo also knew in her gut was the right fit—until someone at Celebrity's new advertising agency, Venables Bell & Partners, suggested Giorgi. He stood out for his energy, thoughtfulness, creativity, vision, experience, the brands he'd worked with, his sense of humor and his strategic thinking. And during the search process, he emerged as a great collaborator, too, Lutoff-Perlo said.

For Georgi, the clincher was meeting Celebrity's team and talking with Lutoff-Perlo (he reports directly to her). Hearing what Celebrity aspires to made him want to join the team—even if they'd been a donut shop, he quipped.

'People who want to win and have so much passsion for the category and the brand was magnetic to me,' Georgi said, adding that he can't wait to begin applying some of the things he's learned at Airbnb to Celebrity.

At Airbnb, the community and the value they contributed were vital.

'People who take cruises on Celebrity are a community of travelers, people who want to be a community,' Giorgi said. That's critical when it comes to loyalty, one of the areas he'll lead, along with global marketing platforms, brand strategy and development, digital marketing, social media, research, direct marketing and advertising.

Giorgi appreciates the fact that Lutoff-Perlo values marketing so highly, and he's not dispirited that the new 'Modern Luxury Lives Here' campaign is already under way. He thinks Venables Bell & Partners was a perfect choice of agency in light of their marketing for Audi, which presents the brand as 'luxury evolved,' distinguished from 'old luxury.'

'What I'm most looking forward to is him coming in and taking the reins [of "Modern Luxury Lives Here"], putting his mark on this, his thought, his creativity,' Lutoff-Perlo said. 'I can't wait for him to pick up this baton and run with it.'

'It's a brilliant positioning ... The bull's-eye is right,' Georgi said, adding that his task will be providing context and telling the stories that build meaning around the message.

At Celebrity, Georgi initially plans to listen as much as possible. He doesn't have pre-conceived notions. First priorities will include digital, social and loyalty, since there's already 'great momentum in advertising.'

Lutoff-Perlo is particularly excited to have Giorgi on board as Celebrity plans how it's going to begin talking about the next-generation EDGE ships. News about EDGE is still months away, but 'we're going to start putting some teasers out about that in the not too distant future,' she said.