Magellan lights up the Thames 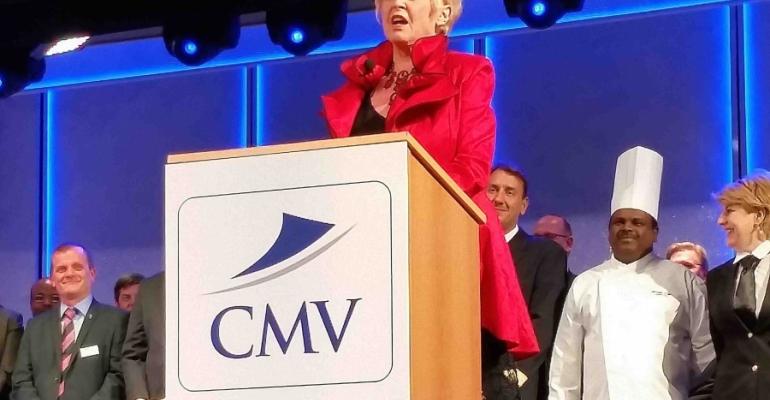 Some 1,200 guests attended the naming ceremony and sumptuous gala dinner on board followed by a spectacular fireworks display from a barge in the middle of the Thames.

'Magellan is larger than our other ships in our fleet but still has an intimate feel. Welcome to the next exciting chapter of the CMV story,' CMV ceo and chairman Christian Verhounig said.

'The rise of CMV since 2012 has been a remarkable journey and we are delighted that over 75% of Magellan's debut season has already been sold,' said Chris Coates, commercial director. He added: 'The CMV journey has just begun.'

The godmother, television presenter Gloria Hunniford, expressed a 'huge thank you to Her Majesty the Queen for being my warm-up act,' referencing the naming of P&O Cruises' Britannia earlier this week.

'This ship is a very fitting tribute to her namesake Ferdinand Magellan, noted for captaining the first expedition across the Atlantic Ocean to the Strait of Magellan and across the Pacific Ocean,' Hunniford said.