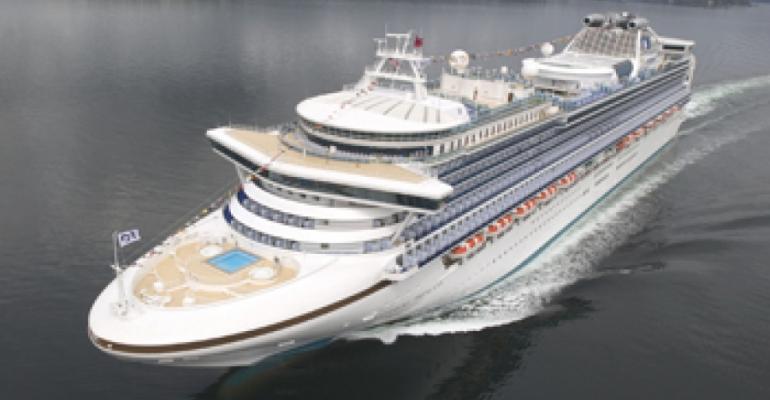 The UK Marine Accident Investigation Branch has recommended Princess Cruises improve safety in shipboard swimming pools by carrying out a risk assessment and ensuring training so crew are able to take immediate action upon encountering an accident or other medical emergency.

The MAIB recommendations are in an investigation report of the presumed drowning of a Sapphire Princess passenger in August 2014 when the ship was sailing from Shanghai to Jeju, Korea.

The woman was found face-down in the Neptune Pool, which was not staffed by a lifeguard. Passengers and two members of the catering crew working nearby pulled the woman from the water and another crewman dialed 911 from the deck telephone to summon emergency services.

The ship's working language is English but the Asian customer services agent answering the call could not understand the Serbian crewman and passed the call to another CSA who alerted the duty nurse.

On arrival at the pool the medical team noted five or six passengers and four or five crew members near the victim but CPR was not being carried out. The doctor and nurse began CPR and took other actions to resuscitate the woman who was pronounced dead several minutes later.

The passenger had been noticed sitting in the vicinity of the pool approximately 30 minutes before the alarm was raised.

MAIB found no formal documented risk assessment had been produced relating to hazards in the use of swimming pools. There were no designated attendants present or CCTV coverage of the pool areas.

According to MAIB, there are no specific regulations pertaining to the operation and use of swimming pools on ships, however the Merchant Shipping and Fishing Vessels (Health and Safety at Work) Regulations 1997 require that risk assessments be carried out. The UK Health and Safety Executive produces guidance on managing health and safety in swimming pools ashore that also details when risk assessments should be carried out and the factors to consider when deciding whether constant poolside supervision is necessary.

The guidance for shoreside pools, MAIB noted, strongly indicates constant poolside supervision provides the best assurance of safety. However, it also recognizes that a risk assessment may determine the circumstances where the balance of cost and risk makes it possible to provide a safe swimming environment without constant supervision.

MAIB said many factors need to be considered. The guidance recommends constant poolside supervision if the water is deeper than 1.5 meters and food and drink are available to pool users, both of which applied to the Neptune Pool.

The report said this accident may not have been prevented by a formal documented assessment of pool usage but 'controls and mitigating measures would almost certainly have included prompt identification of the emergency, followed by rapid medical assistance, both of which were lacking in this accident.'

In addition to recommending the formal risk assessment, MAIB recommended ensuring the Standards of Training, Certification and Watchkeeping are met through approved familiarization training or sufficient information and instruction for hotel staff to carry out listed tasks—particularly compliance for the requirement for staff to be able to take immediate action upon encountering an accident or other medical emergency before seeking further medical assistance on board.

In the Sapphire Princess accident, there was a delay in administering first-aid. When CPR did commence, it was only briefly carried out by fellow passengers and had ceased by the time the medical team arrived.

The crew in the vicinity of the Neptune Pool had not received instruction from the company in first-aid. MAIB said the staffing of pool areas with with personnel who are suitably trained in first-aid would allow a more appropriate response to medical emergencies.

MAIB's recommendations in the report 'Drowning of a Passenger on Sapphire Princess East China Sea' (Crown copyright, 2015) do not create a presumption of blame or liability but are aimed at preventing further accidents. MAIB investigated the incident because Sapphire Princess is registered in the UK.

MAIB has been notified of two other pool accidents involving passengers on vessels operated by Princess—one on Diamond Princess in June and the second on Sapphire Princess Aug. 4.

Princess has issued guidance to all passengers stating that lifeguards are not on duty and those using the pools do so at their own risk, the UK accident investigators said.