Maine readies for robust season and its biggest ship ever 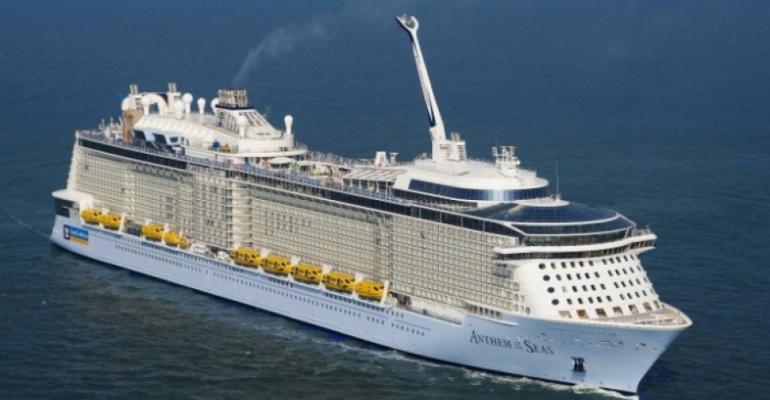 Anthem of the Seas - scheduled to call at Bar Harbor and Portland (Photo: Royal Caribbean)

Maine anticipates 6% growth in bed days, a new cruise line, new homeport calls and its biggest ship ever, Anthem of the Seas, in 2016. The 167,800gt Quantum-class ship is scheduled to call at Portland and Bar Harbor.

'It's an awakening of the state of preparedness we need for the future,' CruiseMaineUSA director Amy Powers said.

Thirty ships from 20 brands will visit, according to Powers. Azamara Club Cruises calls at Maine for the first time, with Azamara Quest operating a charter. The season will stretch from April 29, when the first ship calls at Bar Harbor, to Oct. 29, with last calls at Bar Harbor and Portland.

The city hosted last summer's Canada/New England Cruise Symposium, which Powers said gave cruise executives the opportunity see where the potential new berths will be located. 'And they got a glimpse into our vision of what the future may be and how we can work together on our common goals,' Powers said.

Rockland handles its first homeport operation with Blount Small Ship Adventures' Grande Caribe sailing a pair of 'Two Nation Vacation' cruises between Halifax, Nova Scotia, and back, that also stop at Bar Harbor and Eastport, Maine. Thirty-three calls by six ships of five lines are booked, including American Cruise Lines as the most frequent visitor. Silver Whisper calls for the first time.

Eastport's four calls are divided between Grand Caribe and Pearl Seas Cruises' Pearl Mist, with two of the calls scheduled for CBP inspection on arrival from Canada.

Other Maine ports continue as destinations for American Cruise Lines' Independence and Glory. They are Bath, Boothbay Harbor, Camden, Belfast, Bucksport and Castine.

CruiseMaineUSA also works closely with New Brunswick's Campobello Island and St. Andrews by the Sea in an effort to promote sailings to Passamaquoddy Bay and the Down East Region.