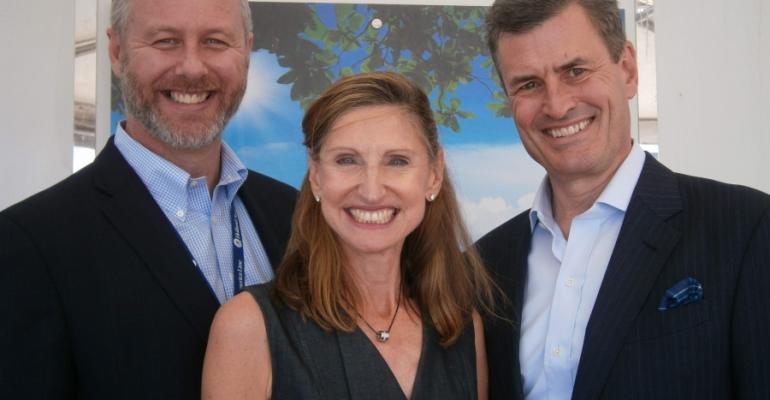 Holland America Line vp international sales and marketing, Mark Kammerer, and Tony Archbold, director of sales Australia, entertained media and travel partners at a sumptuous deck buffet on board Noordam when the 1,924-passenger ship arrived in Sydney today for a maiden season that runs until April.

Stewards served guests seated in cabanas on the sunny Observation Deck while stewardesses kept the Champagne, red and white wine and beer flowing.
Before lunch there was a live performance by B.B. King’s All-Star Band and Kammerer told the audience Noordam, which replaces Oosterdam Down Under and will sail with Volendam during the 2015-16 wave season, is offering a series of cruises to New Zealand and the South Pacific.
He showed a film on the 2,650-passenger Koningsdam which will make her maiden voyage next April.
Kammerer told Seatrade Cruise News Australia is an important market for HAL and is still No. 2 source market after North America (the United States and Canada).
Copyright © 2022. All rights reserved. Seatrade, a trading name of Informa Markets (UK) Limited.
TAGS: people ships food and beverage
0 comments
Hide comments
Related