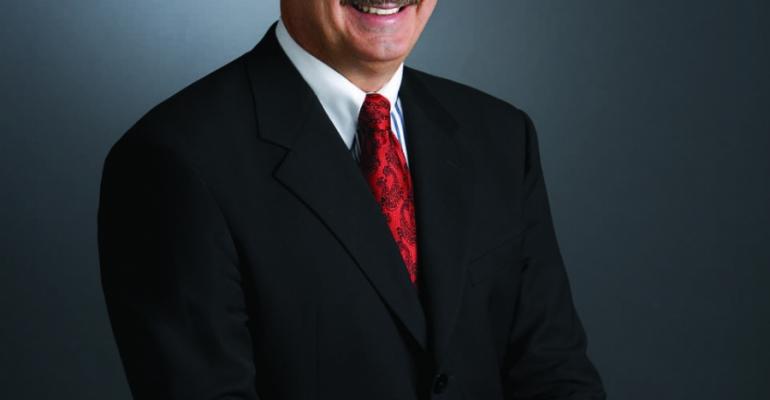 Silversea Cruises appointed one of cruising's highest profile figures, Mark Conroy, as head of the company's Miami office, which has responsibility for the Americas. He is managing director, overseeing North, Central and South America business.

'I competed with them for almost my whole career so it's fun to be working with them now,' Conroy told Seatrade Cruise News. 'The opportunity is great. They've got such a loyal following. I think I can learn from them and add at the same time.'

'I have known, appreciated and respected Mark for more than 20 years and cannot hide my satisfaction in having him join us,' Silversea chairman Manfredi Lefebvre d'Ovidio said. 'He is an energetic leader with extensive knowledge of the cruise industry.'

'The challenge for me is getting up to speed,' Conroy said. 'Every company goes to market a different way.' In the next days he'll be sitting in at reservations and the group department to listen to the phones and get current.

2015 was a solid year for cruising, and Conroy said 2016 is shaping up to be 'a good year but it's not an easy year, with terrorism, the stock market and Zika. So we're all looking at how to keep the momentum.'

About half of Silversea's business comes from international markets, and Conroy said his job will be to ensure the company gets its share of growth from the Americas. He's also interested in returning to the small ship/expedition sector, noting that when he was at Regent Seven Seas Cruises, the company partnered with Hanseatic to operate in Antarctica starting in 1994.

'It's a great appointment. He's a consummate professional and a gentleman respected by all,' said Maurice Zarmati, a long-time senior Carnival group cruise executive who introduced Conroy at his CLIA Cruise Industry Hall of Fame induction in 2013.

Key players in the distribution community reportedly are thrilled by the news, since Conroy is known for being travel agent-friendly and working as a partner.

Conroy helmed Regent for many years, and he has held numerous other visible positions, including chairing Cruise Lines International Association from 2002 to 2004. He led start-up Diamond Cruise, which later merged with Seven Seas Cruise Line to become Radisson (later Regent) Seven Seas Cruises. He was president of Regent until January 2013, when he moved to an advisory role for a time.

Conroy also served as the president of Renaissance Cruises, its first, and Commodore Cruise Line, and he was vp sales for Royal Viking Line. His cruise industry career began in 1973 in the mail room of Norwegian Cruise Line, while he was studying at the University of Miami.

'Our new ship, Silver Muse, is on schedule to join our fleet at the beginning of 2017, which together with our plans to refurbish and upgrade our existing vessels will solidify our leadership position in the top segment of the cruise market,' Visone said. 'I am pleased to join Manfredi in welcoming Mark Conroy to Silversea Cruises.'

Kristian Anderson stepped down as Silversea's svp and gm for the Americas and has left the company. Visone thanked him for his contributions.