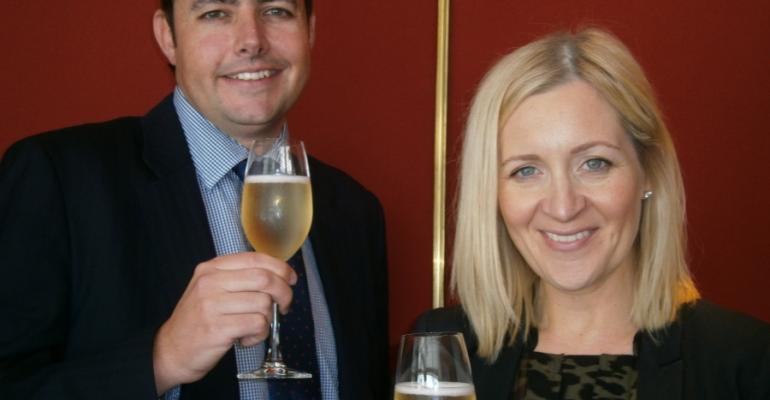 At a media lunch today at Aria Restaurant on the edge of Sydney’s spectacular Circular Quay opposite the Overseas Passenger Terminal,  Stuart Allison, vp Australasia for Princess Cruises, told journalists there is ‘a massive year ahead.’

With stunning harbour views and a menu that included freshly-shucked oysters and barramundi, washed down with a pinot grigio from Victoria’s King Valley, it was an ideal location to launch the company’s 2016-17 programme.

He said Australian passengers will have the opportunity to experience the exotic cultures of these countries from the comfort of the 77,499gt ship which was refurbished in 2012.

Another highlight is the ‘Four Continents Grand Adventure’ voyage of Emerald Princess from Southampton on September 28, 2016 to Australia where she will undertake her first season of cruising Down Under from November 2016 to April 2017.

The 113,000gt Emerald Princess replaces Diamond Princess, which made her first extended Down Under season in 2005-06. She will cruise from Sydney to New Zealand and the South Pacific.

Allison said there is also great excitement about the arrival of  the 108,000gt Golden Princess in October this year -- the 50th anniversary of Princess Cruises -- to be home-ported in Melbourne for five months.