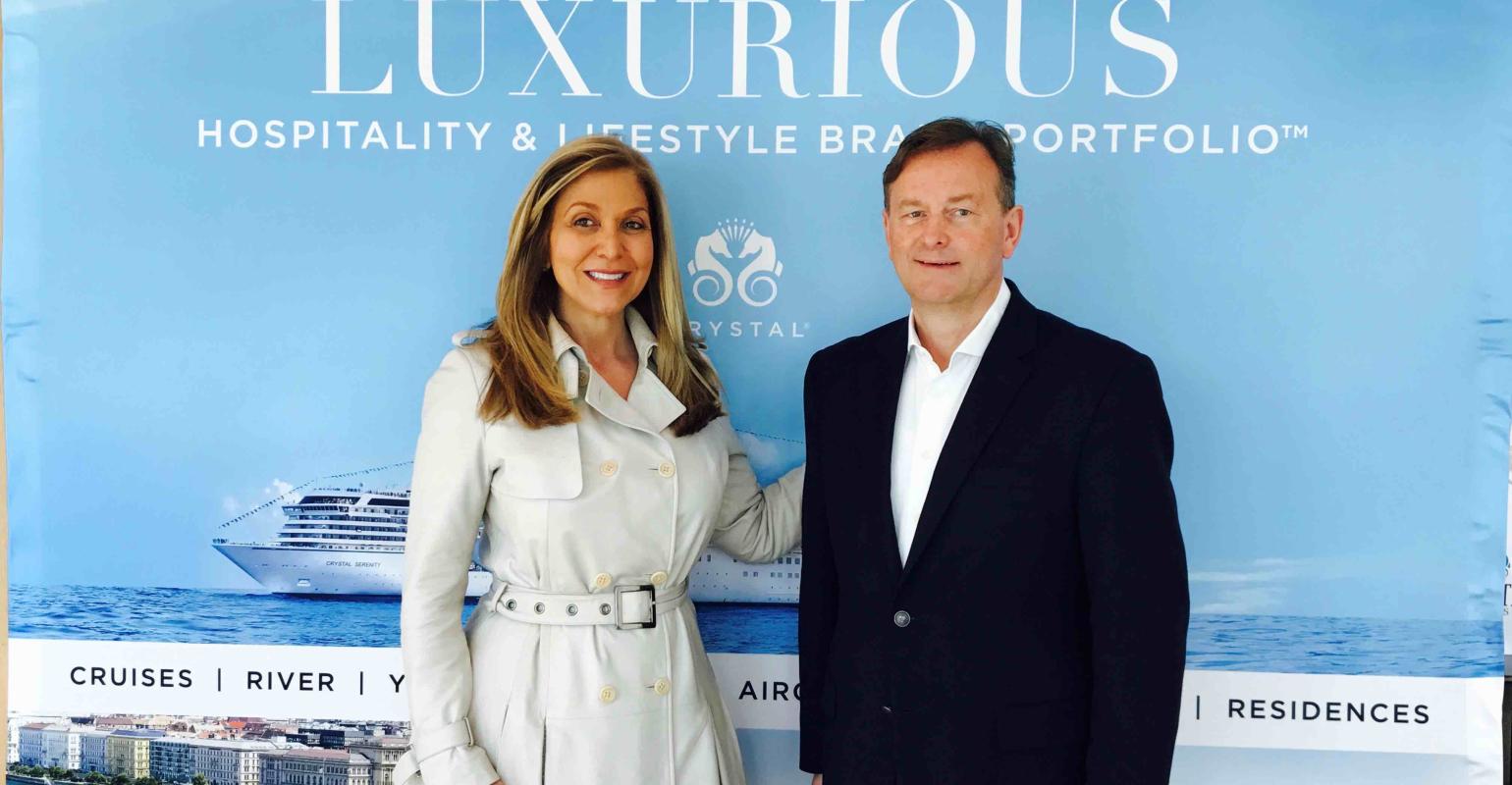 Neumeister will be responsible for all hotel, food and beverage, entertainment and land programs for Crystal’s expanding portfolio of travel experiences.

In announcing Mazloum’s departure, Crystal chairman, ceo and president Edie Rodriguez said, 'It is with a heavy heart that we say goodbye to Thomas, whose talents have played an instrumental role in establishing Crystal’s award-winning reputation. We wish him nothing but the best in his new endeavors.'

Mazloum has served as chief operating officer since May 2015, overseeing shipboard operations and shoreside guest services for all divisions of Crystal Cruises. He began his cruise industry career at Crystal with the 1990 launch of the line’s first ship, Crystal Harmony. He left the company in 2002 for three years to work at Disney where he last served as gm for Epcot at Walt Disney World, before returning to Crystal.

'It has been my pleasure and honor to work with an incredible brand like Crystal under Edie’s instrumental leadership,' Mazloum said. 'I have been equally fortunate to have a great on-board team, one that fulfills Crystal’s guests’ dreams every day.'

Sauleau had just joined the company in April 2016 in a newly created role reporting to Mazloum overseeing marine, hotel, food and beverage, entertainment and land programs, and managing safety and security operations, as well as officer and crew hiring process and development. Sauleau came from Silversea where he had been evp fleet operations.

Neumeister’s more than 30 years of luxury travel experience includes a career that began with Royal Viking Line. He worked for Cunard and prestigious hotels in Austria before joining Crystal in 1995.

His experience is deeply rooted in the culinary arts, a passion that resulted in Crystal’s alliances with renowned chefs, including the company’s long-standing partnership with Nobuyaki Matsuhisa, and the creation of the Crystal Wine & Food Festival program. For the better part of the last two decades, he and Mazloum have worked side by side to develop the nuanced points of excellence that have continually rewarded Crystal with 'world’s best' accolades.

'I am thrilled to take on these expanded responsibilities during such an exciting time at Crystal, and look forward to the continued elevation of the Crystal experience across all of our new brands, by sea, river, land and air,' Neumeister said. 'It is a privilege to work with such professionals, on our ships and in our offices around the world, whose creativity, dedication and unique understanding of hospitality make for an enjoyable experience for all, especially our guests.'

Rodriguez added that as the Crystal portfolio expands, the company 'will continue to look for the most talented individuals to lead and grow our award-winning hospitality brand.'