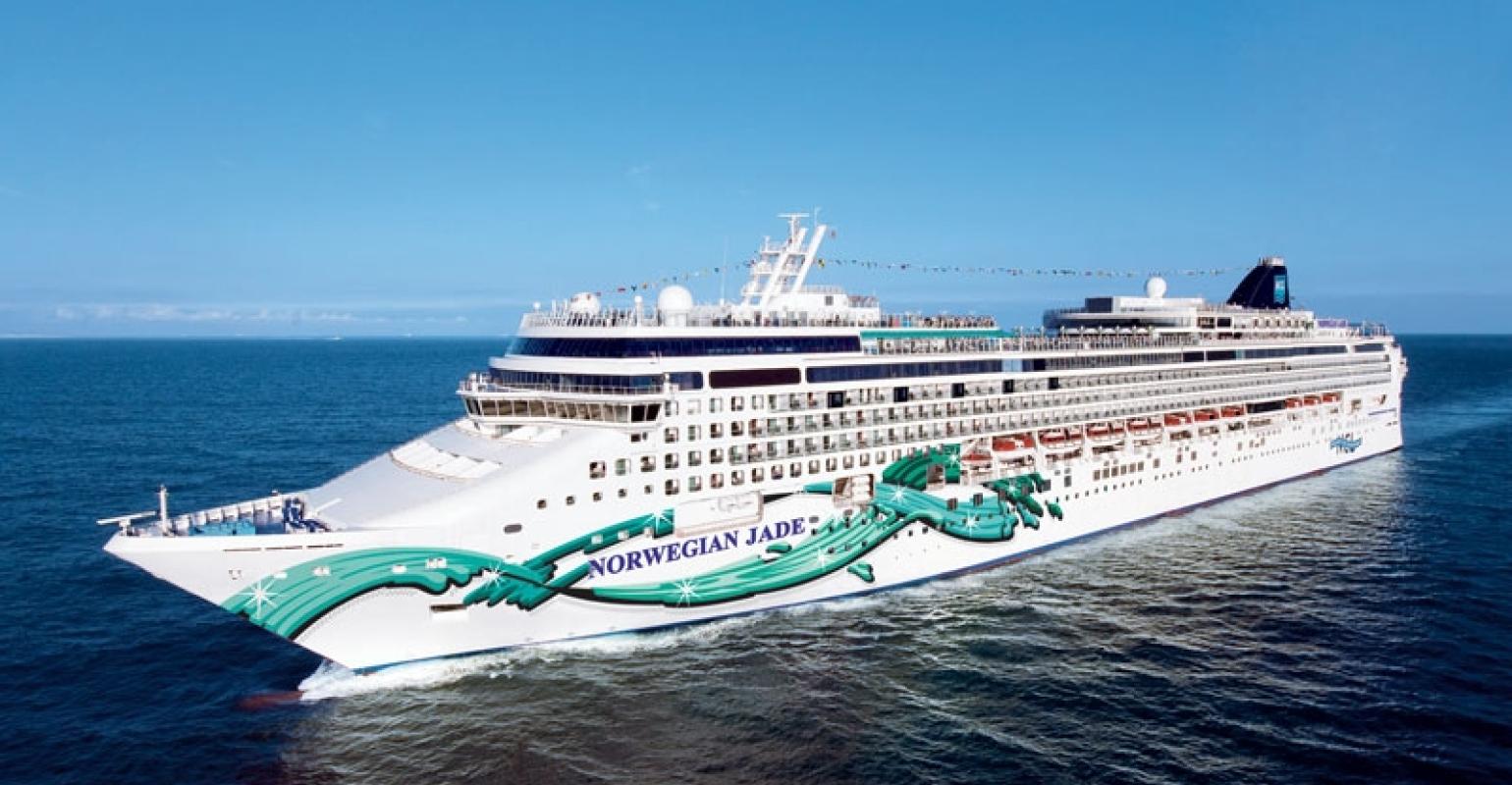 Norwegian Jade underwent extensive technical work in 2017
Norwegian Jade, currently alongside at the Port of San Juan, has a mechanical issue that will cut short the 10-day cruise that sailed from PortMiami on Friday.

The ship arrived at San Juan Sunday and shortly before scheduled departure time Sunday night, the captain announced the rest of the sailing was canceled.

Ship will deadhead back to Miami for repairs

Norwegian Jade will remain at San Juan through Tuesday, when passengers will be required to leave the ship so it can deadhead back to Miami for several days of repairs.

Norwegian Cruise Line did not specify the nature of the problem but said it does not affect safety, and all on-board services are fully operational.

Norwegian said it's working to arrange flights back to Miami. Passengers who are able to make their own air arrangements will be reimbursed for up to $650 in change fees.

Everyone will get a full refund plus a 100% credit for a future cruise in the amount paid for the current voyage.

Norwegian Jade's next scheduled sailing, an 11-day Panama Canal round-trip from Miami, is to embark Nov. 26.

The 2006-built ship underwent extensive work, including the overhaul of thrusters, stabilizers and Azipods, at Grand Bahama Shipyard in 2017.