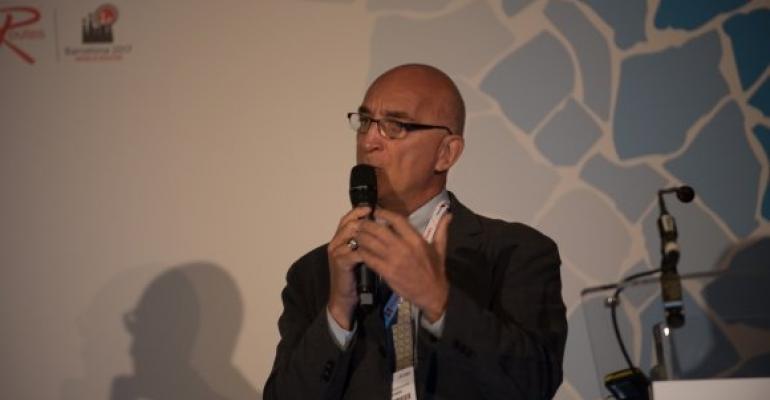 According to MedCruise statistics 92.5% of calls and passenger movements in the Med last year took place between March and November.

However, with Chinese travellers more interested in shopping and seeing the sites, Anastassiadis believes there is an opportunity to be exploited.

As reported by Routes online news, Anastassiadis said: ‘Someone from China would love to come and visit Europe in the months of January, February and March. They prefer short vacations and do lots of shopping and site-seeing.

‘We have to create that market and we can do it by putting in the flights, making the destinations ready and providing them with the correct environment. Airlines can switch routes over the year.’

Anastassiadis added the route development industry needs to understand what cruisers want from a holiday and ensure they help them get it. In particular he said many people choose a cruise because of its convenience.

He also predicted that with 3,700 ports globally, and only 160 considered large ports, there is considerable room for expansion.

With 80 cruise ships currently on the order books, the aviation industry should prepare itself for considerable expansion on the 25m customers globally predicted to take a cruise next year.

As part of its current marketing strategy, MedCruise, representing over 100 cruise port members, is aiming to promote the Med and its adjoining seas as the most popular cruise destination among Asian cruisers. A MedCruise delegation travelled to Shanghai in May 2017 to meet leading cruise travel agents and participated in ITB China 2017.

Continuing its engagement with the China market, MedCruise is sponsoring the Travel Agent Training programme by CLIA on November 3, at Seatrade Cruise Asia Pacific 2017.