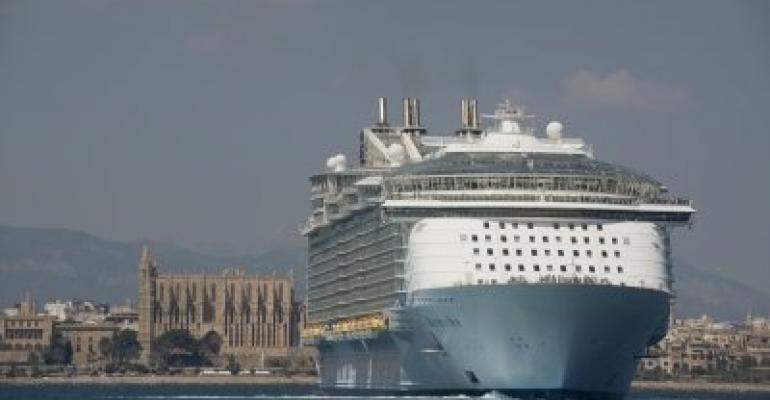 A record 28m passenger movements were recorded at MedCruise member ports during 2018.

The latest numbers were revealed by MedCruise president Airam Diaz Pastor, in front of a packed room at Seatrade Cruise Globalin Miami.

‘The record represents an 8.2% rise in passenger movements compared to the previous year and a 5% jump in calls throughout our 71 members, representing 130 cruise ports across the Mediterranean and its adjoining seas,’ noted Diaz Pastor.

The total number of cruise ship calls in the region hit 12,734. Just over 55% of member ports recorded an increase in traffic year-on-year with the largest gain registered by Egyptian ports reporting 77 calls in 2018 and 106,391 passenger movements representing a huge +981% increase on 2017.

In contrast, Kusadasi, Bodrum and Antalya welcomed 29,158 passenger movements, a 84% drop in numbers versus a year earlier.

Accounting for 16.7% of global deployment, the Mediterranean continues to be the second most popular cruising region behind the Caribbean (representing 35%).

According to Risposte Turismo, researchers for the lastest MedCruise Port statistics, the share of global deployment is likely to rise to 17.3% in 2019, whilst the Caribbean is projected to account for 34.4% this year.

Piraeus is ninth in the table with just under 1m passengers and in tenth position, Livorno/Piombino/Portoferraio jumped from 13th slot in 2017, with 825,310 passenger movements.

Across the MedCruise regions, West Med ports continue to attract the highest number of calls at 9,038 in 2018, followed by 2,683 calls in the Adriatic, 996 calls in the East Med and 17 calls in the Black Sea region.

‘The Eastern Med has suffered a lot in recent years due to geopolitical issues but the prospects for 2019 are looking good with a year on year 20% rise in calls and 22% increase in passengers predicted,’ noted Diaz Pastor.