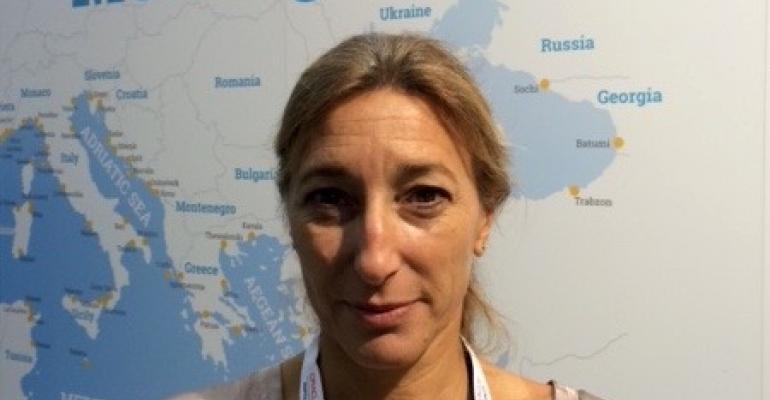 As the second most popular cruising arena in the world, the Mediterranean with an 18.6% share of the market compared to the Caribbean's 37.6%, still has room to grow, remarked MedCruise president Carla Salvadó during the association's 47th general assembly in Olbia, North Sardinia.

Whilst the region witnessed a small decline in year-on-year numbers in 2014, Salvadó suggested the trend would be flat in the near future.

Royal Caribbean's Dustin Nason, director worldwide port operations, said the Med featured 14th in regional appeal out of 37 regions visited by the company's three brands, and stressed 2015 had been a good season but highlighted socio-political and security issues in some areas are impacting deployments with the big ship operators currently skipping North Africa and Ukraine.

The unresolved issue regarding big ships visiting Venice has also impacted passenger numbers sailing in the Mediterranean in the past two years.

Nason, like others, acknowledged Asia and the Caribbean pose the biggest external competition. 'In China yields are high and with the middle class population reaching 350 million in 2016, these factors will influence deployment decisions,' he said, noting this week's announcements that Norwegian Cruise Line, AIDA and Carnival Cruise Line are all going to send ships to China.

Despite the potential of losing tonnage to Asia, Nason did give hope for the Med's future by asking if improving yields in the Caribbean might bring more seasonal ships to the area in the summer. 'It is easier to reposition ships between the Caribbean and the Med than it is to redeploy ships from Asia back to Europe as the distances are longer, there are costly Suez transits and the f&b, entertainment, crew, etc., would need to be re-aligned each time,' he commented.

Celestyal Cruises ceo Kerry Anastassiadis put cruising into perspective: 'With 25 million global passengers expected this year, it is still less people than visited Greece in 2015. As a marketeer, I believe we should all be fighting to make cruising the best form of vacation.' And he asked ports, 'How much money do you spend on telling the consumer how good cruising is?'

Anastassiadis suggested more Med ports need to create clusters in order to promote itineraries. 'There is no better place than Greece to deliver a low cost multiple port itinerary where you can reach three different ports within four hours sailing,' he said.

'Ships have evolved over the past 35 years, so ports also need to evolve,' he said but lamented that this type of infrastructure is happening in the Caribbean and in Asia but not in Europe yet. 'It's a pity [that hasn't happened] but this will come,' he remarked.

Nestour said the biggest challenge is to overcome the European mindset on the role of the port, 'but I think this type of new cruise destination will be built in Europe maybe in the next 15 years.' He did stress, however, that the concept would need to be Europeanised as there is so much culture and history readily available it would need to be a different type of product.

Giving his insight into what's trending in shore excursions, Bruce Krumrine, vp shore operations, Holland America Group, talked about the scope of passenger sourcing, citing examples such as a Princess ship in Barcelona over the summer which had 65 nationalities on one sailing and Royal Princess sailing in the Baltic with 1,000 mainland Chinese on one cruise.

He commented passengers are looking for meaningful travel, unique experiences and increasingly in smaller groups, noting 50% of tours the Holland America Group sells are comprised of small groups. Krumrine also singled out connectivity whilst ashore as important. 'We are trying to have all tour coaches offering Wi-Fi,' he said.