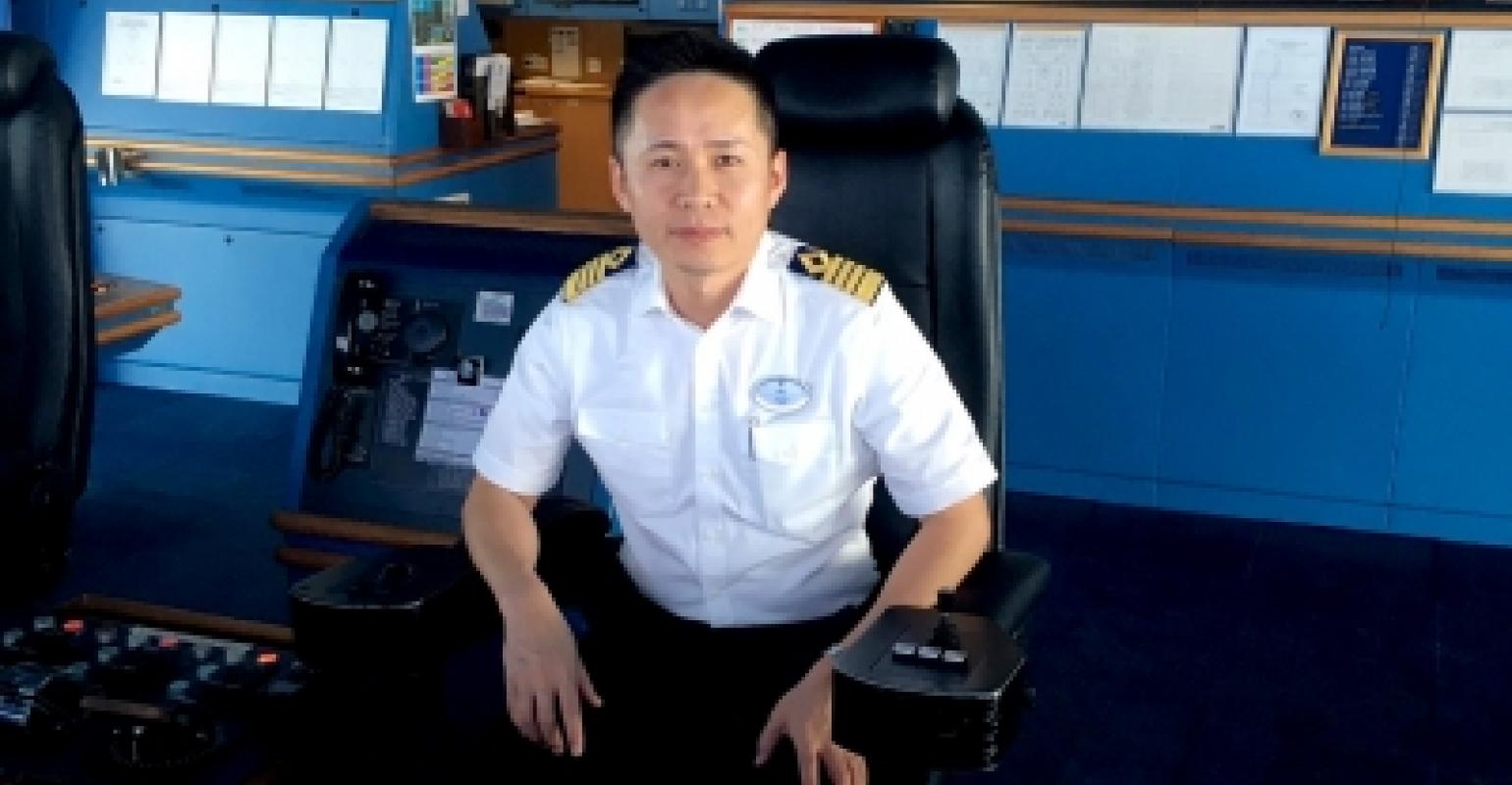 Capt Wu Huimin on the bridge of Voyager of the Seas
Vogager of the Seas, currently sailing in Southeast Asia, is helmed by Royal Caribbean’s first Asian captain.

Wu Huimin, 44, told Seatrade Cruise News: ‘I’m truly honored to be the first Asian captain of Royal Caribbean Cruises, with Voyager of the Seas being my first ship as master. There is a small but growing number of Asians taking up significant positions onboard our ships, such as hotel and cruise directors. I am proud to witness the growing diversity of our company in this respect.’

Wu, who is from Qingdao, China’s Shandong province, studied marine operations at the Shanghai Maritime University. He joined RCL in 2014.

After serving as staff captain for four years on Adventure of the Seas and Quantum of the Seas, Wu has had bouquets of appreciation from passengers aboard Voyager. ‘I am approached by guests telling me that they are proud of me for being the first Asian captain of Royal Caribbean Cruises,’ he said.

Being away from his wife and 10-year-old son ‘does not get any easier over the years’, but technology helps him connect on a frequent basis.

Angie Stephen, md, Asia Pacific, Royal Caribbean Cruises Ltd, said Wu 'stands among the few known Asian cruise captains of the industry. This adds on to Royal Caribbean’s recent recognition by Forbes as one of America’s Best Employers for Diversity in 2019.’