Meeting of the Cunard Queens at Long Beach 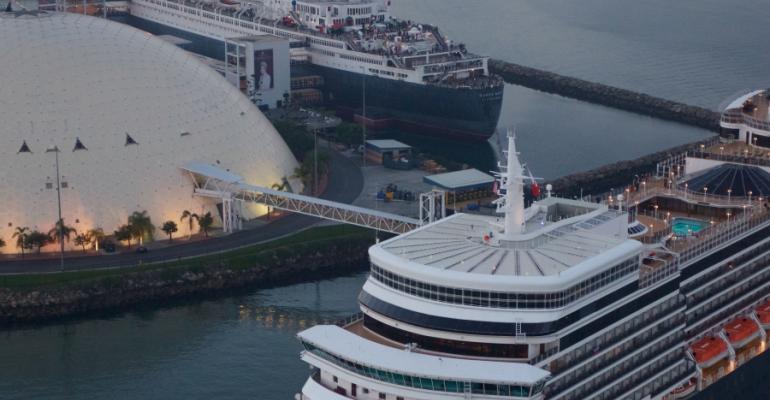 Queen Elizabeth berthed close to Queen Mary in Long Beach, California, Thursday, the first time a Cunard ship had gone alongside in Long Beach since Queen Mary arrived at her retirement home in October 1967.

In recent years the current Cunard fleet has saluted Queen Mary during brief visits to the harbour.

Queen Mary will celebrate the 80th anniversary of the her maiden voyage in May 2016.

This week's historic meeting was marked with celebration and fanfare for the public with traditional whistle salutes between the ships before a spectacular firework display illuminated the harbour prior to the departure of Queen Elizabeth.

Queen Elizabeth is currently on a 112-night world voyage which departed Southampton on January 10 and will return there on May 3. The ship will call at 38 destinations in 25 countries.