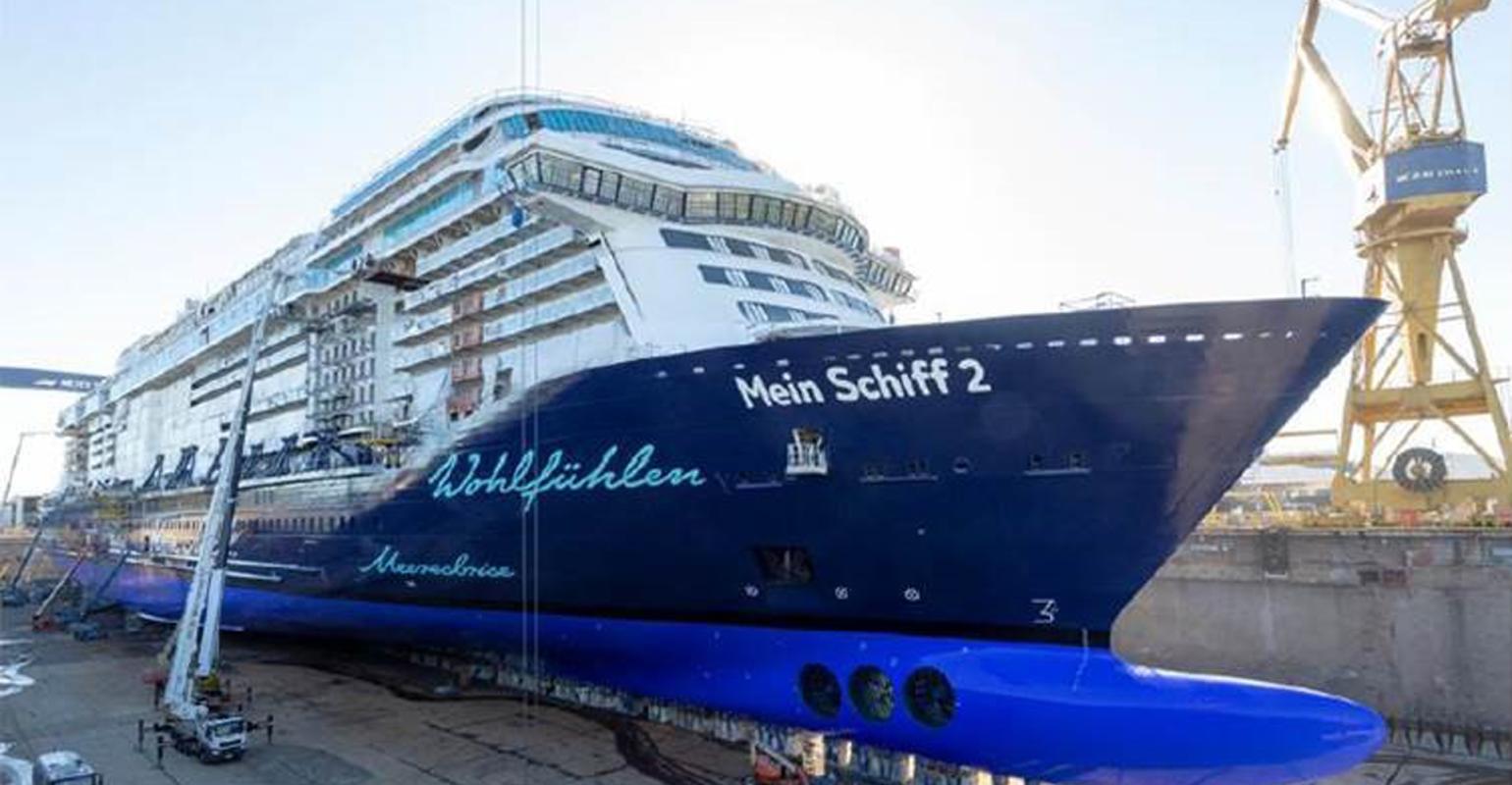 Ahead of schedule: Mein Schiff 2

TUI Cruises has brought forward inaugural sailings and the naming ceremony of new ship Mein Schiff 2 as it will be delivered by Meyer Turku ahead of schedule.

TUI Cruises had planned the maiden voyage of Mein Schiff 2 to depart from Bremerhaven on March 24, 2019.

Now the ‘christening’ itinerary has been moved forward to take place between February 3 and 15, 2019.

The christening ceremony is going to take place at Lisbon on February 9 – a choice that outlines the growing importance of Portugal's capital as a cruise hub.

TUI opened bookings for the newly launched ‘christening cruise’ this week as well as number of Canary Islands 'welcome cruises'.

The new itineraries have been added as Meyer Turku is almost two months ahead of plans in the production of Mein Schiff 2.

Delivery could be within 2018

The exact delivery date at Turku is not yet finalised but according to the current construction progress it could even be before the end of 2018.

Following her arrival at Las Palmas, Mein Schiff 2 will embark on a series of five additional seven-day ‘welcome’ itineraries calling either at Madeira, La Gomera, La Palma and Tenerife or at Madeira, Fuerteventura, Lanzarote and Tenerife.

At the end of March 2019, Mein Schiff 2 is going to reposition from the Canaries to Palma de Mallorca for her summer Mediterranean season as originally planned.

TUI Cruises has also started taking bookings for its eight 'Full Metal Cruise' due to take place onboard Mein Schiff 6 from April 24-28, 2019.

Departing and arriving at Palma de Mallorca, the cruise calls at Marseilles and Barcelona. Three stages and several other, smaller event sites will be set up, completed by a tattoo studio, workshops, karaoke, and a specially tailored wellness program, etc.

Prices for the 'Full Metal Cruises' – which include full catering as well as onboard drinks – start at 999 euros per person in an interior double cabin.

Most of TUI Cruises’ past 'Full Metal Cruises' were sold out quickly, although cabins for the seventh cruise – which takes place onboard Mein Schiff 3 from September 2-7 this year – are still available.