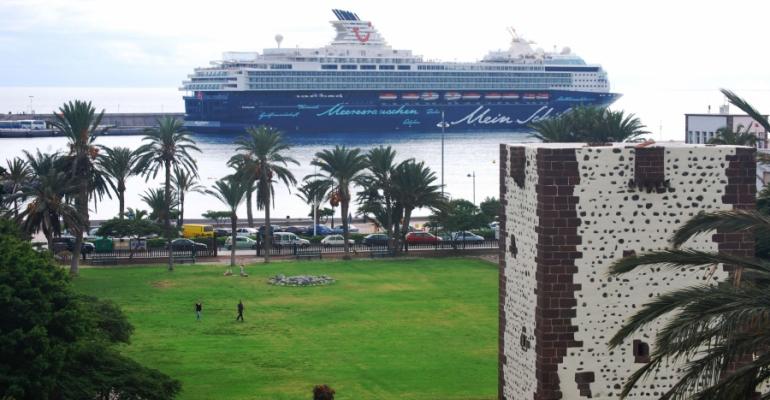 The Port of San Sebastián de La Gomera in the Canary Islands will offer a cruise pier of 340mtr long for the upcoming peak season, as the existing berth has been lengthened by 38mtr.

In 2010, Mein Schiff 1 officially inaugurated the existing cruise pier which can accommodate ships up to 275mtr length alongside. It was built by the Port Authority of Santa Cruz de Tenerife to improve cruise facilities in La Gomera.

The recently named Mein Schiff 3, will officially inaugurate the newly extened pier on November 28, 2014 during her Canary and Madeira Islands and Morocco itinerary.

Cruise passengers in La Gomera are expected to rise 43% as a result of the newly lengthened facility which will also be used by ships from P&O Cruises, Thomson Cruises, AIDA Cruises, Fred Olsen Cruise Line and Azamara Cruises, amongst others.

La Gomera boasts a rich history. Its capital San Sebastián was Christopher Columbus’ last port of call on his voyage which led to the discovery of America. English and Dutch pirates regularly raided the island in search of gold and goods from America.

The whole island is a Biosphere Reserve and the National Park of Garajonay, in the heart of the island, is a UNESCO World Heritage Site. Shorex include trekking through Quaternary laurel forests, whale and dolphin watching, traditional handicrafts, in the foosteps of Christopher Columbus, scuba diving, golf, fishing and bike tours.