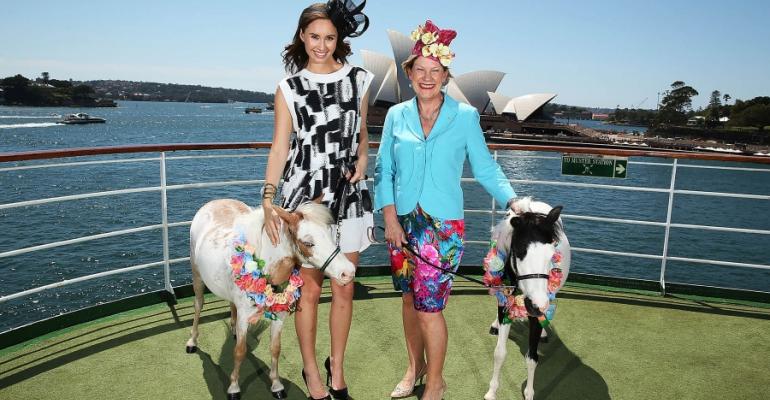 Carnival Australia’s three Melbourne Cup 2014 round trip cruises from Sydney sold out and next year the company will send four ships to ‘the race that stops a nation.’

This year P&O Cruises Australia’s Pacific Jewel and Pacific Pearl and Carnival Cruise Lines’ Carnival Spirit, with a total of around 6,000 passengers, will each spend three days berthed at Station Pier.

For the big race Tuesday, 130 buses, at a cost of more than A$120,000, will transport the passengers to Melbourne’s Flemington Racecourse where the company has a VIP area - the P&O Cruises Lawn.

P&O Cruises Australia sent its first ship - Orcades III - to the Melbourne Cup in 1969. Carnival Spirit is making Carnival Cruise Lines’ maiden visit to Melbourne Cup Day which is held on the first Tuesday in November and is a public holiday in Victoria.

More than 100,000 people are expected to attend this year’s Melbourne Cup which will be televised to an audience of about 650m worldwide.

It is estimated that the three ships, over their three days in port, will contribute around A$6.5m to Victoria’s economy, taking into account passenger and crew expenditure, port fees and racing activity.

‘Australians love cruising and sports and by combining the two we know we are backing a winner,’ Carnival Australia ceo Ann Sherry said.

‘That is why we are sending a record quaddie of ships next year,’ Sherry said.

This will include P&O Cruises Australia’s entire fleet of three.

Carnival Spirit will sail from Sydney to Melbourne on an eight-night cruise on October 30.