Mexico and cruise industry are thriving together, FCCA event shows 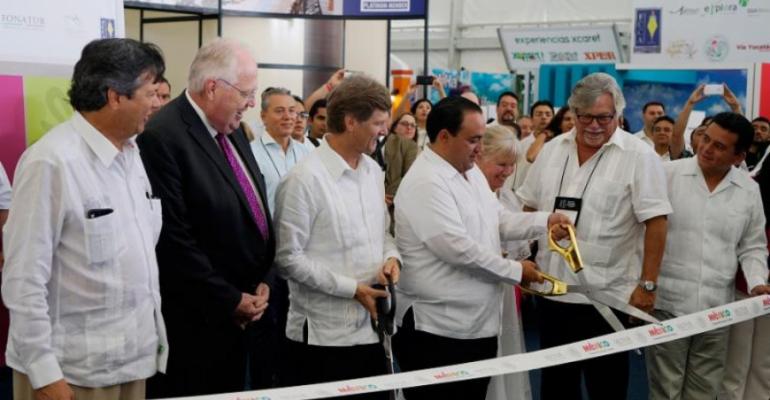 Mexico is among the world's top tourism destinations yet its relationship with the cruise business hasn't always been easy. The sentiments expressed at the Florida-Caribbean Cruise Association Conference and Trade Show in Cozumel, however, indicate this is a period of strong cooperation where Mexico is seen as a model.

'Despite all the past negatives we've heard about Mexico,' as FCCA president Michele Paige put it, cruise ports are thriving once again.

'We are here to both revel in the success of Mexico and to learn from this success,' Paige told FCCA delegates at the opening of the association's 22nd annual conference and trade show in Cozumel.

Paige cited cruising's importance to Mexico overall, with 5.5m passengers visiting the country's ports in 2014, nearly 5.7m projected this year and more than 6.1m for 2016.

After security concerns drove ships away from some Pacific ports a few years back, the business is rebounding, with Mazatlán as a prime example—it will have more than 300,000 passengers next year.

Paige credited Mexico's 'secret weapon' in the form of Quintano Roo Gov. Roberto Borge. 'He sprang into action,' she said, working with the new federal government and all the states to provide constant communication, ensure a safe and secure environment and an improved product.

'We want to work as partners with this industry. We need to innovate,' he added. 'We know there is competition from other destinations.'

'We work with calidad y calidez—quality and warmth.'

For his part, Borge noted Cozumel is the leading port in the Caribbean and Latin America. 'The cruise business has transformed our island and our state,' he said, citing the jobs created. In addition to Cozumel, Costa Maya in Majahual is a strong cruise draw. Together the two ports had 1,267 calls and more than 3.7m passengers last year, with an increase expected in 2015, Borge said.

The cruise business has an economic impact of nearly $2bn annually across the Caribbean, Holz said, adding that the Caribbean is a 'breathtaking and wonderful place to take a cruise.'

Yet China is growing exponentially, which has a significant impact on market share, and the Mediterranean has been strong historically although there are some economic and geopolitical concerns. Meanwhile, the Caribbean continues strong but market share went to 36%, a two-point drop as Asia had a two-point gain. Those types of shifts may continue in the future, Holz said, while Cuba's emergence signals the need for other Caribbean destinations to ensure visitor experiences are 'as fantastic as they can be.'

'Being successful requires the dedication and partnership of everyone here today,' he told the FCCA gathering.