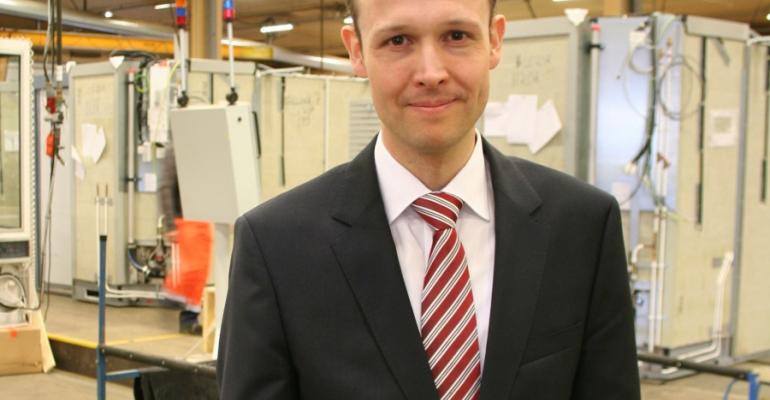 Jan Meyer, ceo at Meyer Turku shipyard and Ari Kumpulainen, ceo, at Piikkio Works cabin module factory (which is owned by the Finnish shipyard company) announced a major investment in the production of prefabricated cabin modules.

This increased capacity is entirely intended for ships built in Finland. A single cabin on the line, transporting concurrently  24 cabins, will be finished during a working day.

The new production buildings will be finalized by the end of year 2017, with work beginning next month.

When the Turku shipyard was bought by Meyer Werft, the working methods at the cabin module factories of both yards' were studied and ideas were picked from each. 'The production line idea was though taken from EmsPreCabin, which has used this method for five years and this will be an improved version of that,' said Meyer.

'We would not be able to built cruise ships this fast if we would not have prefabricated cabin modules, which are built here with everything included except the floor, but with the entire bathroom installed,' noted Meyer. 'This is an important investment for us. After having built 140,000 successful cabins already, it is now time to take another step further. Industrially produced cabins of high quality also boost the entire shipbuilding process.' he said.

Meyer hinted about more investment planned being announced next including a new 1,200t gantry crane, valued at some €30m.'We have exchanged bad problems to good problems, one can say. We have to spend the money really wisely and get the most out of it,' he noted.

The Meyer Turku yard is currently building for TUI Cruises Mein Schiffs 5, 6, 7 and 8, an LNG powered ferry for Tallink and two next-generation LNG-powered 180,000gt cruise ships for Costa Cruises with deliveries extending until 2020.

Meyer told Seatrade Cruise News, 'At the moment we are experiencing a good market for cruise ship building, due to growing passenger source markets.'

Meyer Turku employs some 1,600 people in Finland, with the numbers heading upwards with an increase in production as well as for work in the design departments.