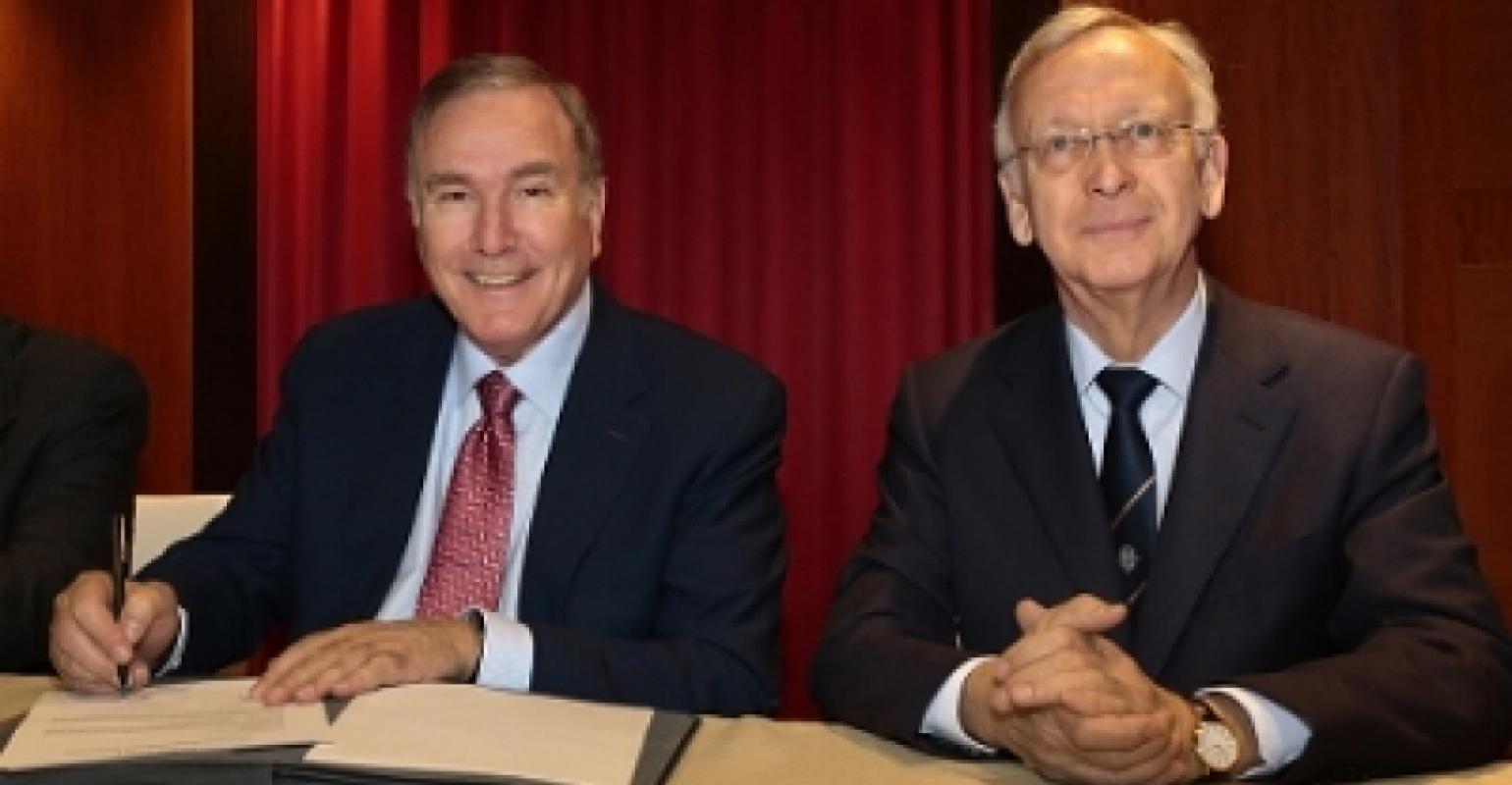 Meyer Werft handed over the second Quantum-class ship, Anthem of the Seas, to Royal Caribbean on Friday at a ceremony in Bremerhaven.

'We've always broken the mold with each successive ship we build, and Anthem of the Seas is no different,' Fain said. He thanked Bernard Meyer and the Meyer Werft team for their 'ongoing partnership in designing and building awe-inspiring ships with us.'

Anthem of the Seas will now sail to Southampton where it will be based through October for sailings to the Mediterranean and Canary Islands. Inaugural festivities will take place on April 20 when godmother Emma Wilby, a travel agent, will name the ship and perform a song for the more than 1,300 invited guests.

The 167,800gt ship has a North Star aerial observatory, the RipCord by iFLY skydiving and FlowRider surfing simulators, the Two70° lounge for entertainment, SeaPlex with its bumper cars, disco roller skating, circus school, basketball and other sports. There are also 18 restaurants and Royal Caribbean Productions entertainment in Music Hall, the Royal Theater and the Royal Esplanade.

Anthem of the Seas carries 4,180 passengers, double occupancy, with full capacity for 4,905. Of 2,090 staterooms, 1,571 have balconies and 375 of the inside rooms have virtual balconies. Twelve rooms are single-occupancy studios with balconies. There are 16 connecting staterooms designed for families.

Anthem of the Seas is registered in the Bahamas and DNV GL is the classification society.