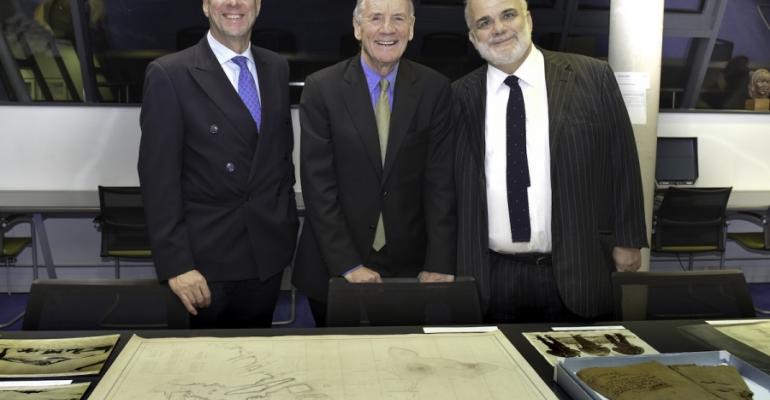 Silversea Expeditions, in conjunction with the Royal Geographical Society (with IBG), celebrated the opening of the Enduring Eye: The Antarctic Legacy of Sir Ernest Shackleton and Frank Hurley exhibition at the RGS headquarters in London last night.

The private event, attended by over 80 members of the travel trade and media, and hosted by Silversea ceo, Enzo Visone, commercial director for the UK and Ireland, Lisa McAuley and RGS head of enterprise and resources, Alisdair Macleod, included an audience with renowned travel writer, broadcaster and actor Michael Palin CBE and concluded with a private tour of the exhibition which will be on display until February 2016.

McAuley said: 'We look forward to welcoming guests on board Silver Explorer in Antarctica throughout 2016, where they will be able to retrace the footsteps of one of history’s greatest explorers, Sir Ernest Shackleton.

Guests travelling on Silversea’s Antarctica 18-day voyages in January, February, and December 2016, will hear from distinguished historians onboard and visit iconic areas of the Antarctic including Elephant Island, and South Shetland Islands where Shackleton and his crew were stranded for 105 days.

The Antarctica voyages will call at South Georgia, where Shackleton and five of his crew first touched land after crossing 1,413km (878 miles) of ocean. Guests will also be able to visit Shackleton’s burial site in Grytviken.

An exclusive onboard exhibition will show a specially curated gallery of images by The Endurance’s official photographer Frank Hurley, who documented the expedition on film and through iconic stills photography.