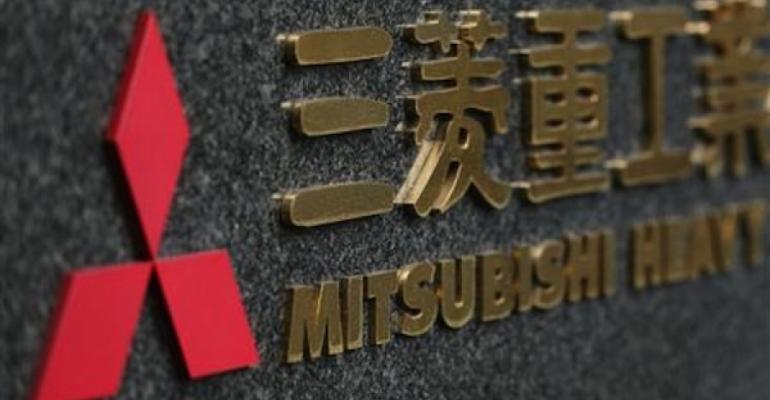 MHI has booked a $1.7bn loss to-date due to delays

With the impending delivery, albeit one year overdue, of newbuild AIDAprima, Mitsubishi Heavy Industries' president and ceo Shunichi Miyanaga felt it was time to publicly explain the reasons behind the company’s troubles with its cruise shipbuilding project for AIDA Cruises.

Miyanaga, during his presentation on MHI’s Q3FY 2015 financial results, spoke at length on what exactly went wrong with the construction of the two 125,000gt prototype cruise ships which were secured by the Nagasaki yard in 2011 at a price tag of $650m apiece. The size is 75% larger than AIDA’s current 71,300gt Sphinx platform.

The Japanese shipbuilder has already booked a huge loss of JPY187.2bn ($1.7bn) to-date due to delays and cost overruns, and the loss could potentially be deeper going forward.

'Transparency is of the essence,' Miyanaga said in his presentation, adding that he risked divulging corporate secrets but nonetheless he has decided to be frank.

'The most difficult problem was building the first ship [AIDAprima] in the series, because the concept realisation took a lot of time in the planning phase,' he said.

The AIDA orders marked the second shipbuilding business for MHI from the Carnival group and the third and fourth cruise ships built by MHI for the company. In 2004, MHI delivered the 116,000gt Diamond Princess and Sapphire Princess. Those orders had been placed with P&O Princess Cruises before its acquisition by the Carnival group.

'At the time of the contract in fiscal year 2011, we deemed it possible based on our track record. MHI had built vessels in the past but never the first in the series,' said the ceo.

'Moreover, ten years have passed since the final ship we built for Princess Cruises, and so there have been major differences in specifications of  ten years ago and now, for example safety-related issues and systems like wifi in all cabins, and we are not prepared for that,' he continued.

A combination of problems with finalising the design, delays in approvals, confusion on items to be purchased, among others, all conspired to hold back the production schedule.

By mid-2013, MHI realised it had run into 'major problems' and proceeded to change the persons in-charge and engineers, and bringing in people from outside as well as non-Japanese engineers to handle the specifications requested by AIDA Cruises.

To add to MHI's woes, three small fires broke out on AIDAprima in separate incidents on Jan. 11, 13 and 31 this year which Japanese media reported as arson. At the time, AIDA stated the fires would not delay AIDAprima's first cruise out of homeport Hamburg, scheduled for April 30, 2016.

Under the original shipbuilding schedule, MHI was to complete the design and procurement process on the first cruise ship by early 2014, and deliver by end 2014. But detailed design work continued until mid-2015 and the yard is finally ready to deliver the ship soon, short of final inspections. This week AIDA posted a short video of the crew joining the ship in Nagasaki.

For the second cruise ship, MHI was originally supposed to complete the design and procurement stages by early-2015 and deliver by early-2016, but construction is still going on. AIDA told SCN that vessel is now due in 2017.