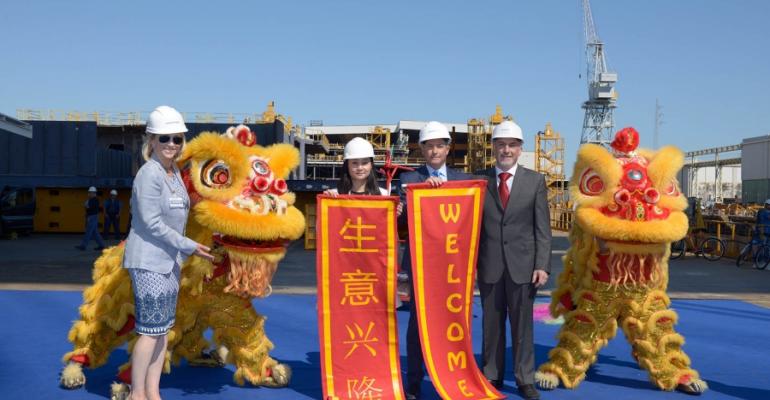 In a colorful ceremony featuring a traditional Chinese lion dance, the keel was laid at Fincantieri's Monfalcone shipyard for Princess Cruises' first newbuild designed for the China market.

Year-round deployment from Shanghai is planned.

Following the lion dance and a priest's blessing, the 500-ton keel was moved into position by crane onto the keel blocks in a computer-guided maneuver that took only minutes.

The lion dance is performed on auspicious occasions. According to traditional Chinese belief, the lion symbolizes courage, wisdom and good fortune and brings happiness, longevity and good luck.

'We believe this special ceremony will bring prosperity and good fortune to Princess Cruises and our guests in China,' Wang said.

Fincantieri has built 70 cruise ships since 1990, 47 of those since 2002, and 14 more are currently being designed or built in the group's yards.