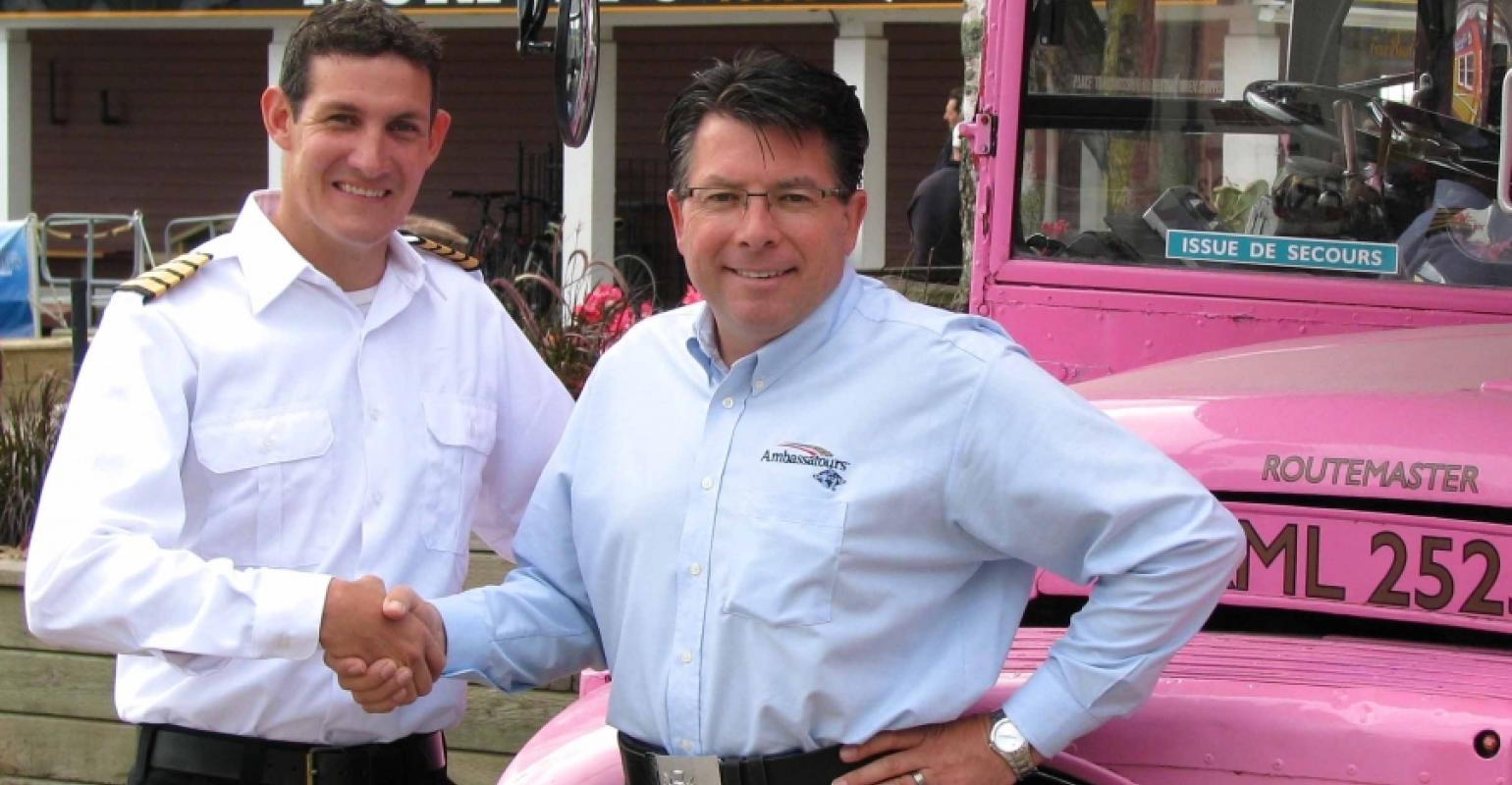 A fifth amphibious vehicle to expand capacity for cruise visitors, especially through pierside vouchering, and a choral farewell as ships depart Halifax are a couple ways the cruise industry will benefit from the recently announced merger of Ambassatours Gray Line and Murphy's The Cable Wharf. So said Dennis Campbell, ceo of the expanded Ambassatours Gray Line, who expects the region to gain from the merger, too.

'We will do our best to make this good for Halifax, Nova Scotia and the rest of the Canadian Maritime provinces. We are thrilled with what we can now do to enhance the Canada/New England cruise passenger experience in Halifax, Saint John, Sydney and Charlottetown,' Campbell told Seatrade Insider.

The addition of a fifth Harbour Hopper amphibious vehicle will increase frequency, visibility and capacity for cruise passengers, Campbell said, adding: 'This will mean increased profits for our clients and ourselves but especially pierside vouchering for those cruise guests that had not made up their minds about excursions prior to departing the ship.'

And, in 2015, introducing something cruisers cannot experience anywhere else in the world, in Campbell's words: 'a mini-concert aboard the very cute storybook character Theodore Tugboat to bid the guests goodbye as they depart Halifax Harbour.'

This fall the company will test the concept with local choirs that will sail and sing aboard Theodore Tugboat. The sound will be amplified to project the children's voices from the 65-foot tugboat, which will pull alongside—at a safe distance—the docked cruise ship 30 minutes or so before departure.

'The choir will sing farewell and nostalgic songs ... offering the cruise guests a unique and special photo and video opportunity to remember their special cruise experience as they leave the port,' Campbell said. Theodore Tugboat will follow the ship as it heads out of the harbour, with the choir still singing.

The Ambassatours chief aims for an emotional impact that will reinforce cruisers' memories of their day in port that hopefully will make them want to return and will serve as a conversation piece with friends back home.

The company is currently working with the Halifax Girls Honour Choir; after the test phase is perfected, Ambassatours plans to involve a number of choirs to create a variety of experiences, especially for the return travelers on a 14-day New York-Montréal-New York itinerary when some passengers may visit Halifax twice on the same cruise.

Ambassatours is sponsoring the 2014 pilot project but hopes to get some local port and tourism partners to work with the company so the special farewell can be offered to every cruise ship sailing from Halifax beginning in 2015.

It's these kinds of extras that make a destination stand out.

Lynn Ledwidge, marketing director of Destination Halifax, told a local television station the city's goal is to provide cruisers a great experience so they come back as stay-over visitors.