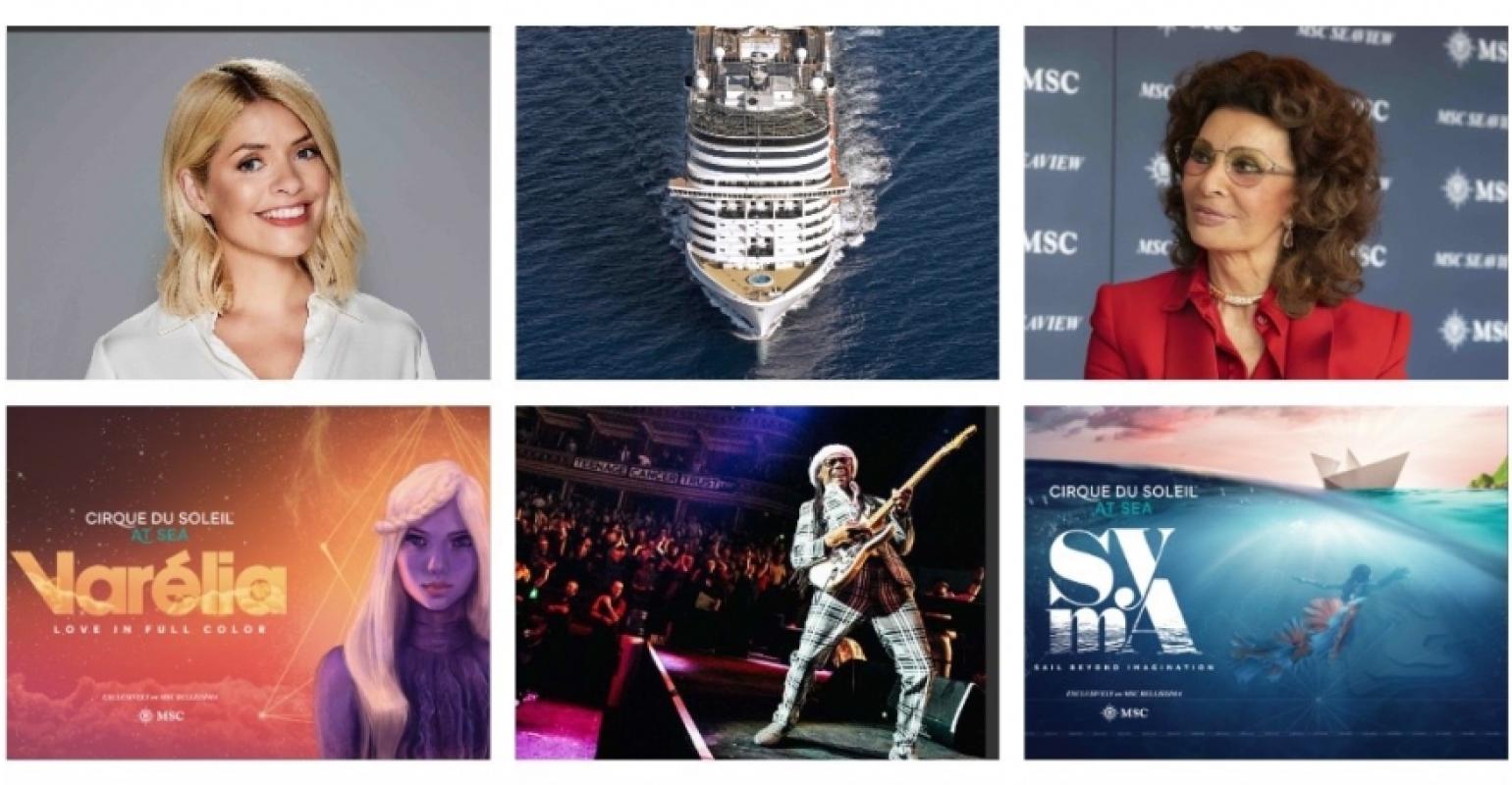 MSC Bellissima will feature two brand new Cirque du Soleil at Sea shows, 'Varélia' and 'Syma,' and as part of the evening’s pierside celebrations, Cirque du Soleil will perform. This will be the first time Cirque has appeared at a ship launch.

Hosting the evening’s proceedings as master of ceremonies will be the British TV presenter and star of ITV, Holly Willoughby. Best known for her current presenting roles on ‘This Morning’ (ITV), ‘Dancing on Ice’ (ITV) and ‘Celebrity Juice’ (ITV2), last year she co-hosted 'I’m A Celebrity … Get Me Out Of Here!'.

Providing the live music for the evening is Rock & Roll Hall of Fame inductee and three-time Grammy Award-winner Nile Rodgers and his band Chic.

And, of course, Sophia Loren

Other features are fabulous entertainment, the MSC Aurea Spa, family facilities in partnership with LEGO Group and Chicco, the MSC Yacht Club and a 315-foot promenade with the longest LED sky screen at sea and a shopping gallery with more than 200 brands.

MSC Bellissima will depart Southampton March 4 on its 10-night inaugural cruise to Genoa. Beginning March 17, the ship will sail weekly Western Mediterranean itineraries, followed by a winter season in the Arabian Gulf. In spring 2020, MSC Bellissima will redeploy to China and Japan.

Bellissima is the fourth MSC Cruises ship entering service in less than two years and will be closely followed by MSC Grandiosa in November.