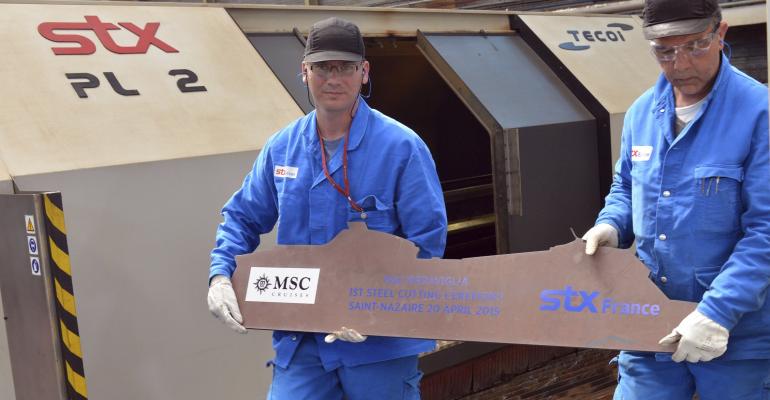 The two next-generation ships will be delivered in October 2019 and September 2020, respectively and are part of MSC Cruises’  €9bn investment plan for 11 new next-generation cruise ships that will come into service by 2026.

Vago commented: 'I am extremely pleased to see us continuing to deliver against our industrial plan with the coming into force of the final contract for two Meraviglia-Plus ships. I view this as a further reflection of the strength of the relationship in place from day one between MSC Cruises and STX France.'

All 12 of MSC Cruises existing ships were built by STX France, and a further eight are planned through to 2026, including up to four World Class orders.

The 177,000gt and 2,450 cabins Meraviglia-Plus ships are an evolution of the 167,000gt Meraviglia class prototype, the first of which arrives next year.

At 331mtr long and with the addition of 200 extra cabins, the two Meraviglia-Plus ships will feature a maximum capacity of 6,300 guests.

All four Meraviglia-class ships will feature air emissions controls that are in line with upcoming 2020 regulatory requirements.