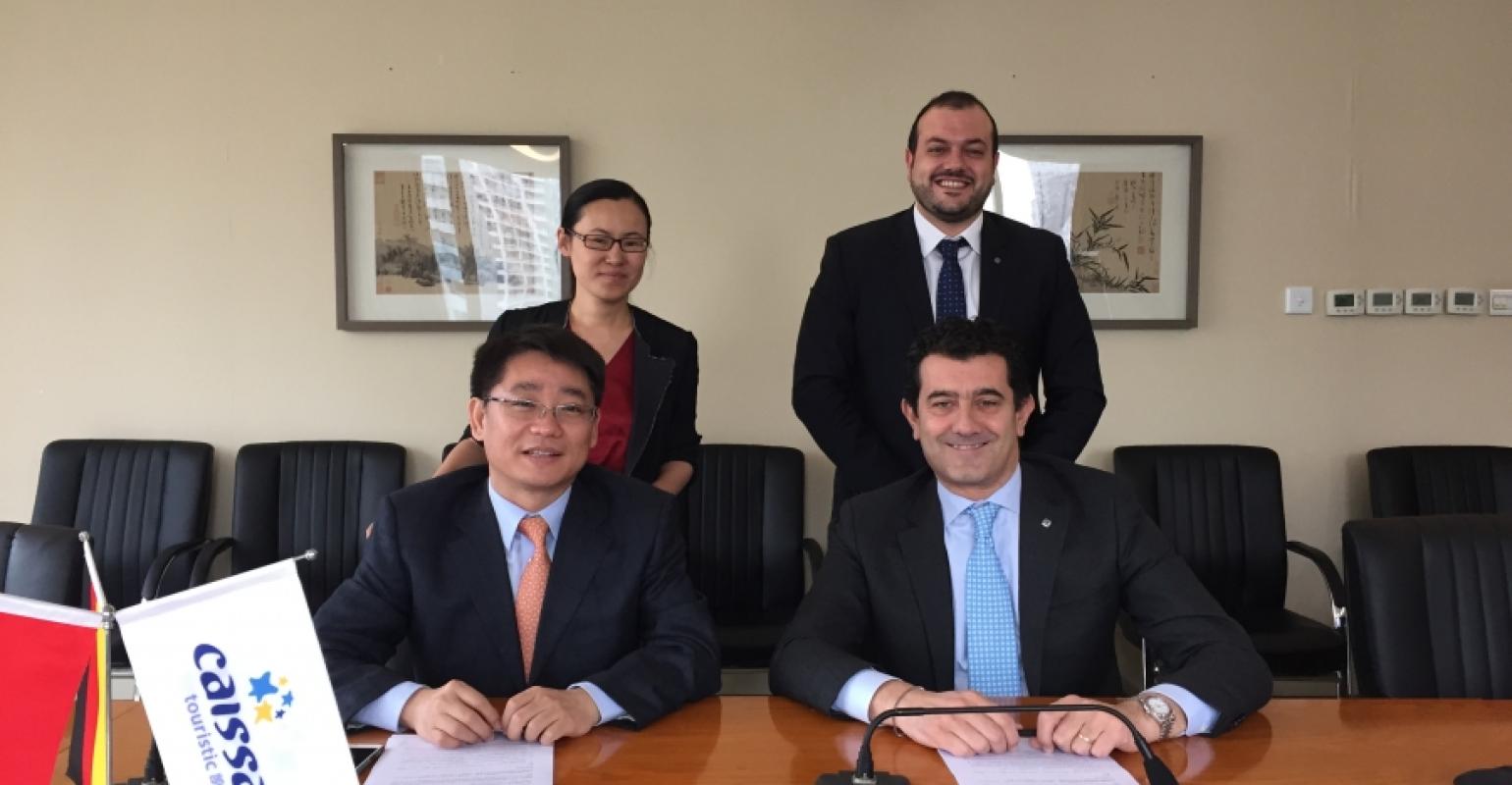 The ship, currently undergoing a major lengthening and refurbishment, will target the Chinese source market exclusively, focusing on itineraries centred around Korea and Japan for an initial 24-month period.

‘It’s no longer a question of when will MSC Cruises be deploying a ship in China, it’s now a reality,’ company ceo Gianni Onorato told Seatrade Cruise News in an exclusive interview.

In what Onorato calls, ‘a different strategic approach’ to other major cruise lines currently operating ships in China, MSC Cruises has entered into a partnership with tour operator CAISSA Touristic Group, until recently a privately-owned Chinese-family run business, formed in Hamburg in 1993.

CAISSA is engaged in organizing trips to China and Asia for its German customers; and tours to Europe for China-based customers. It has branches in London, Paris, Hamburg, Los Angeles and other global core cities. In China, CAISSA Touristic has subsidiaries in numerous cities including Beijing, Guangzhou and Shanghai.

Onorato confirmed the company has played a major role in placing Chinese groups on MSC-operated cruises, especially across Europe and in the Mediterranean.

The tour operator has also be involved in booking Chinese groups on Princess and Costa ships undertaking ex-China sailings.

Onorato commented, ‘MSC has been present in China selling cruises to Chinese passengers since 2010. We are now delighted and excited that through this partnership we are taking our presence in China to the next level and directly to Chinese consumers.’

According to Onorato what makes the partnership stand out from other traditional agreements between China-based tour agencies and cruise lines is the emphasis that will be placed on the training of on-board staff to ensure that guests receive the best-in-class MSC Cruises’ experience and service as well as a degree of the adaptation of the ship’s hardware and software to fit the customs and tastes of the Chinese guests that it is designed to serve.’

MSC Lirica entered Fincantieri’s Palermo shipyard yesterday, becoming the last (of four) ships to undergo a complete renovation in the company’s €200m Renaissance programme. ‘Because we knew the ship is destined for China we will introduce several features – including some industry firsts in service – specially designed for the cruising enjoyment of Chinese consumers. It will also offer popular as well as high-end Chinese cuisine, and traditional and popular entertainment, while maintaining its Mediterranean atmosphere and service, Onorato added.

Signs will be in Mandarin, cuisine, entertainment and shopping will be crafted for Chinese consumer needs. Over 30% of the guest-facing crew will be Mandarin speaking, Onorato confirmed.

MSC has also entered into another partnership with an undisclosed company which will start hiring and training of crew for the new venture at the beginning of November.

After spending the winter season in South America, the 65,000gt, 2,600-passenger ship is scheduled to reach her new homeport of Shanghai on May 1, 2016, after a 60-day voyage from Rio de Janeiro via Barcelona, Marseille, Genoa and Dubai. On arrival in China, the ship will undergoing its Sino-switch.

More details about MSC Lirica’s product and services tailored to serve the needs of Chinese consumers will be announced at a press conference in Beijing next month.

Referring to MSC Opera’s upcoming winter season out of Havana, Onorato said, ‘new deployments in Cuba and now China coupled with a strengthening of our ex-Miami sailings and expanded Caribbean presence plus continued presence in South America, Middle East, the Med and North Europe confirms our commitment of enhancing our global offering.’

At this stage Onorato would not be drawn on whether any of the line’s newbuilds (four firm orders plus three options) would  eventually be destined for Asia.