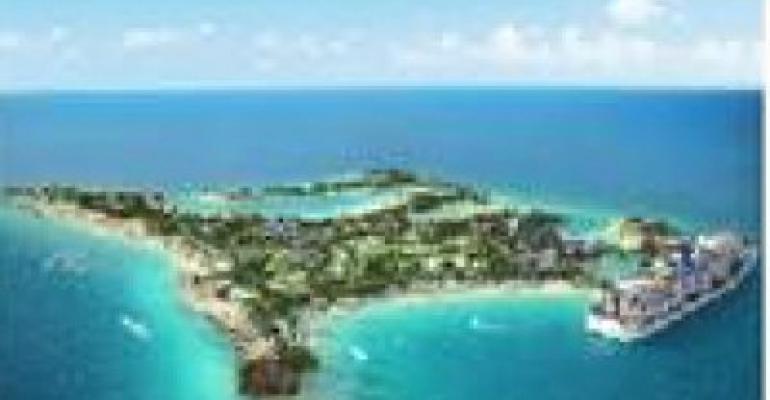 With this project MSC will aim to restore marine resources, including habitats and species present in the area. This will include the restoration of endangered corals, and the implementation of other conservation and educational programmes.

The island is situated within protected waters spanning 64sq miles but MSC plans to further extend this.

A key initiative for MSC on Ocean Cay is the restoration of the coral. The waters around the island are now protected are no longer used for sand excavation, which has allowed the seabed to return to normal and the hope is that the coral will again begin to thrive. Plans are under way to establish a coral nursery on the East side of the island to encourage more coral growth, particularly the more endangered varieties.

The recent survey established that there are three types of coral that can be found in abundance - primarily Agaricia agaricites known as lettuce coral, Porites astreoides commonly known as mustard hill coral or yellow porites, Siderastrea also known as massive starlet coral.

These species are some of the heartier species, more capable of withstanding harsh temperature conditions and siltation than other species. Also found around the island during the assessment is the critically endangered Acropora palmata known as Elkhorn Coral. Four distinct colonies of this species were observed along the rocky shoreline of these cays. Over time these corals will become candidates for restoration in the coral nursery.

The Ocean Cay team have reported a visible increase in marine life in the area and the REA identified 88 different species of fish around the island as well as lobster, sea turtles and rays.

An important feature of the ecosystem in this region that was assessed is the queen conch, Lobatus gigas. The conch is a large sea snail and lives in the seagrass beds around Ocean Cay and helps to keep the water clean from algal produced by seagrass. Conch populations have declined in recent years. Ocean Cay is a productive conch habitat and as such steps will be taken to ensure the protection of the conch to thrive.