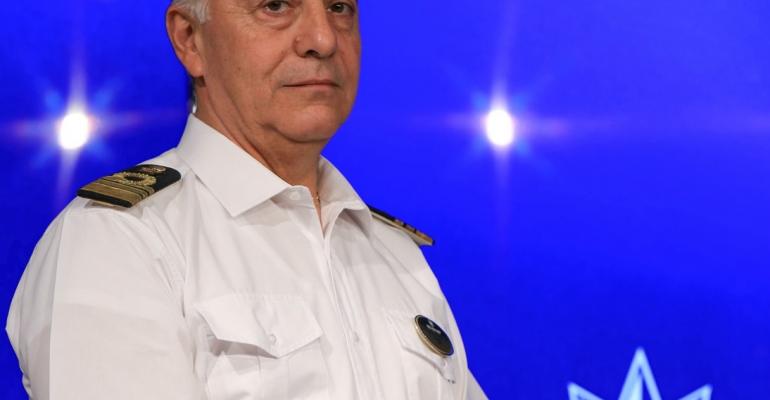 From cargo to cruise

Pontecorvo has been commanding MSC cruise ships since 2004, following a long career with MSC Cargo. In 2010 he became master of the recently launched MSC Splendida, and in 2017 took command of MSC Bellissima’s sister ship, MSC Meraviglia, upon its delivery. He has served as captain on cruise ships in four of the five classes MSC currently operates.

Born near Sorrento, Pontecorvo studied at the Nautical Institute Nino Bixio before joining MSC Cargo in 1982 as a deck cadet on MSC Corinna. In 1990 he joined an MSC passenger ship as second officer and, from 1995 to 2000, served as staff captain aboard several vessels. He became a captain in 2000, when he took command of MSC Monterey.

The most memorable moment was during MSC Meraviglia’s christening ceremony on June 3, 2017, when he escorted godmother Sophia Loren to the stage.

A Norwegian national, hotel director Caci brings decades of experience managing luxury hotels and cruise line hotel operations, both on board and ashore. Prior to joining MSC Cruises, he worked for several other international cruise brands. On top of his native tongues, Italian and Norwegian, he speaks five other languages, allowing him to interact with MSC Cruises’ global customers. Caci, who graduated from the Oslo Business School, has 30 years of professional experience in the hospitality sector, 15 in the cruise industry.

Chief engineer Iaccarino has served aboard all of MSC Cruises' ship classes. He closely followed the construction of MSC Meraviglia at Chantiers de l’Atlantique then worked on board. Born in Piano Di Sorrento, Iaccarino began his career on MSC’s cargo ships in 1995 as second engineer, and was promoted to chief in 2000. He moved to MSC Cruises in 2005, first sailing aboard the Lirica class as a staff engineer. He rose to chief engineer the following year.