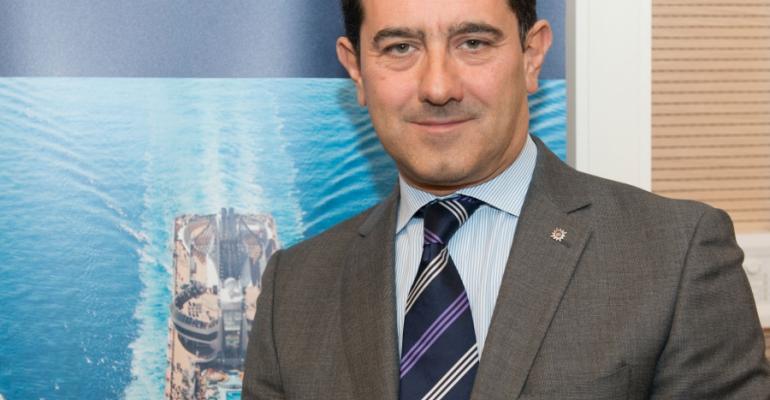 Onorato reported a €1.5bn turnover for MSC Cruises in 2014

With a potential €5.1bn fleet investment plan running from 2014 through to 2022, MSC Cruises is looking to expand its total carrying capacity from around 40,000 to 80,000 passengers a day, informed MSC Cruises’ ceo Gianni Onorato at a presentation announcing the 2016/17 brochure, in a crowded Eataly Congress Centre in Milan.

This will correspondent to 3.2m total passenger carrying capacity annually by 2022, if three newbuild options are exercised.

The cruise line carried 1,670,000 passengers last year, an increase of 2% compared to 2013, reaching full occupation on all ships, across all itineraries and seasons, said Onorato.

With Italian country manager Leonardo Massa by his side, he reported a €1.5bn turnover for MSC Cruises in 2014.

‘We are expecting a further slight improvement in 2015 with the progressive return to service of the remaining ships undergoing lengthening and makeover under the Renaissance program,’ the ceo commented.

‘In 2015, the MSC Cruises brand will become the undisputed leader in the Mediterranean Sea, as we are anticipating carrying a total of 809,514 guests on cruise itineraries on board our ships in the Mare Nostrum basin,’ Onorato said.

He pointed to the lines’ partnership with Expo Milano 2015, plus with Italian and international brands, including Eataly, Chicco and Lego, ‘to offer a service with even higher standards.’

He said to the audience on Italian agents and media that the current winter season had seen a 30% rise in italians cruising on MSC ships sailing in the Mediterranean, Canaries, Arabian Gulf and Caribbean.

With the arrival of four new ships currently under construction  at STX France and Fincantieri shipbuilding groups plus a potential three more options, MSC Cruise sis expecting to carry 1,720,000 passengers on 14 ships in 2016 and 1,850,000 in 2017. If exercised, the three additional newbuilds (two at STX and one at Fincantieri) will enter service one a year between 2020 and 2022.

Speaking about the 2016-2017 brochure which will be with travel agents in two weeks time, Massa claimed the line is the first to offer bookings in Italy on itineraries through April 2017, just short of the summer season and the arrival of the first STX newbuild.

In the Mediterranean MSC ships will call at 12 Italian ports during the summer, with five vessels homeporting in Venice. For family bookings the youngest child, up to age 12, will sail free if booked in the same cabin with their parents.

Highlights include new longer duration cruises and a grand voyage Massa told Seatrade Insider. Cruises of 8 nights and longer in the med and North Europe although introduced for this year will be expanded further in 2016/17. By combining three different Med itineraries the cruise could last up to 28 nights or two back-to-back cruises and 14 nights in North Europe, he added.

‘With this product, for example, guest can visit both the Eastern and Western Mediterranean on selected single voyages and we confirm our commitment on fly-cruise packages, which will be further enriched with a wider availability of flights and destinations,’ Massa explained.

The brochure is divided into three main sections, the first dedicated to onboard features as well as the destinations, excursions, the fleet and services. The middle section details the itineraries subdivided by season and destinations, with the Longer Cruise and Grand Tour options as well as the extended fly-cruise product and the last section is dedicated to ship details, special fares, and reaching ports of embarkation and departure.