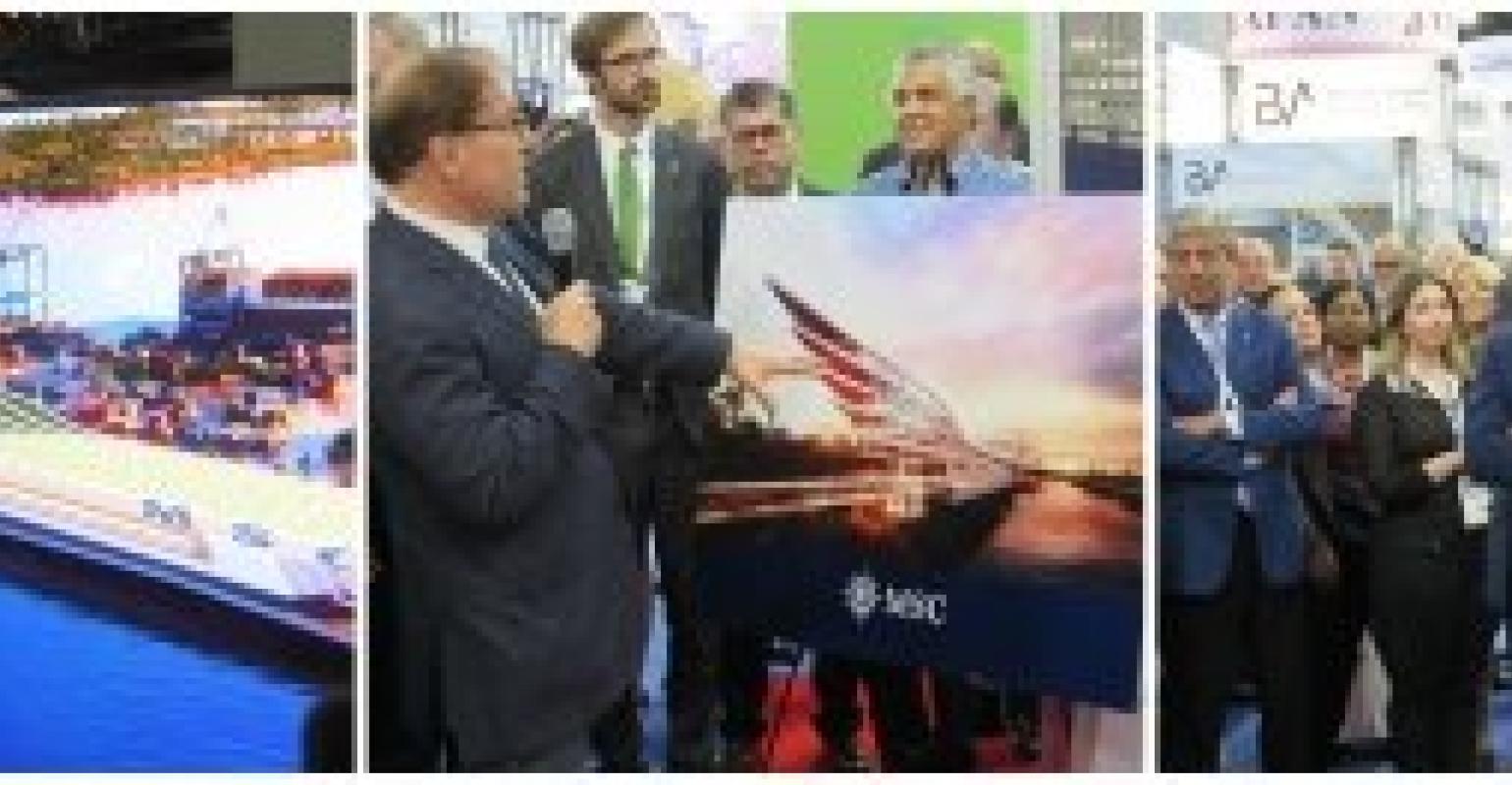 From left, the terminal will stretch 1,600 feet in length, Arquitectonica's Bernardo Fort-Brescia shows off the aerodynamic lines, Pierfrancesco Vago says 'We needed a home in Miami'(click on images to enlarge) PHOTOS: Anne Kalosh

MSC Cruises unveiled the striking look of its double terminal (AA and AAA) on the eastern end of PortMiami, which will be capable of handling a pair of 7,000-passenger ships simultaneously.

'This will be a landmark for Miami,' MSC Cruises executive chairman Pierfrancesco Vago said Tuesday at a Seatrade Cruise Global news conference on the exhibition floor. 'We needed our home in Miami, a big brand, the capital of cruising.'

Since MSC will be deploying such large ships from the port, 'We wanted to created a seamless process,' Vago said.

The super-long (1,600-foot) facility has aerodynamic lines inspired by Italian yacht design, and transparent sides. The roof will be a monumental sculpture, eye-catching to planes flying overhead, residents of high-rises and passengers on the upper decks of their ships, said Bernardo Fort-Brescia, principal of Arquitectonica, the Miami firm selected to design the facility.

'Instead of fighting the length,' we exploited it, Fort-Brescia told Seatrade Cruise News. 'To handle 15,000 passengers, I had to come up with a new idea.' The design, he said, is fluid. It keeps people moving within a single space, instead of parking in a remote garage and having to cross a road.

The terminal will have 350,000 square feet of interior space and 2,000 parking spaces, all under one roof. Taxis, Ubers and buses will drop people at one area, while passengers who drive their own cars will go into the garage where they'll drop their luggage and proceed to check-in hands-free.

The terminal will increase the number of passengers at PortMiami by 1m per year, Miami-Dade County Mayor Carlos Giménez said. He called the deal with MSC, which is financing the project, a record-setting collaboration between a cruise line and the port, which will generate $1.5bn over the 50-year term of the deal.